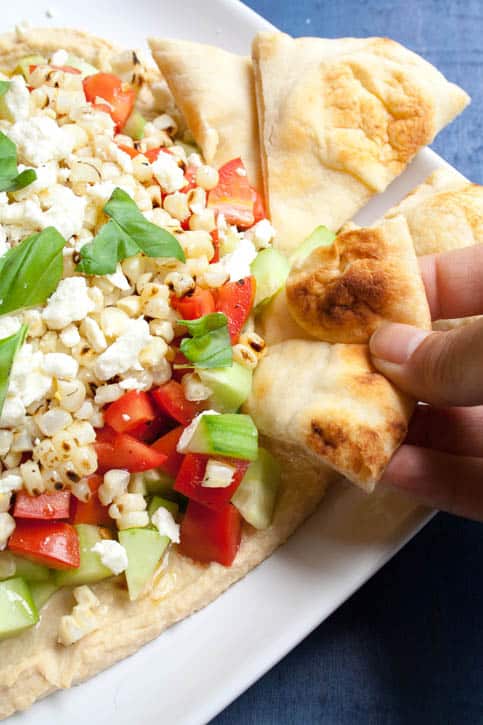 Because even though it’s the last week of August and the kids are getting ready to go back to school, I’m hanging on to every last bit of of what this glorious season has to offer…namely, warm days, ice cold drinks, a slower pace, no homework/school projects etc…and best of all, the summer harvest. And that’s what this post is all about…using fresh from the garden herbs and vegetables that we’re so spoiled with during the summer months. 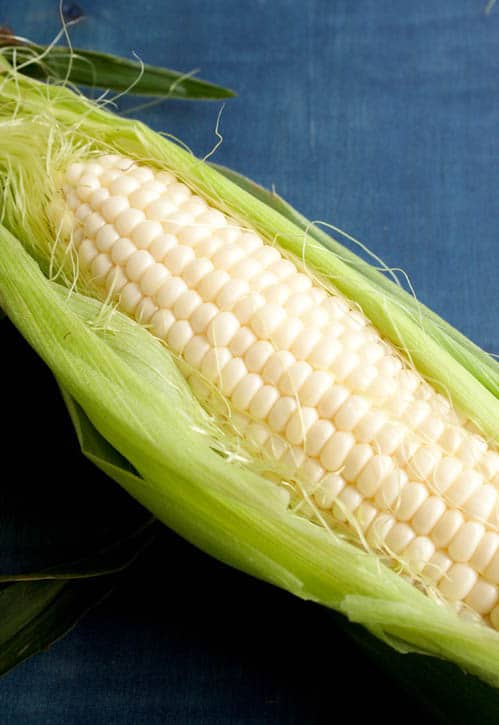 This year we planted tomatoes, zucchini, yellow squash, green beans, purple beans, bell peppers, jalapeno peppers and cucumbers. We also grow arugula and baby lettuces. The herb garden is filled with different types of basil, rosemary, thyme, cilantro, sage, oregano, chives…I LOVE having fresh herbs ready to go whenever I need them. When the season’s over, I begrudgingly pout my way back to the grocery store to get them.

Unfortunately, our garden was neglected a bit this year, so some of our crops had a shorter growing season than usual. Thankfully, the herbs are still going strong.

This is an easy appetizer, or it could actually be a light lunch, which is what it turned into for us once I was done shooting it. You’ll need tomatoes, cucumber, corn, feta cheese and basil. We had everything except the corn, but that’s still in great supply at local markets, so I just picked some up and grilled it.  Grilled corn is delicious if you pick good corn and don’t overcook it. Overcooked corn is just chewy and disappointing. Just shuck it, clean it and put it over a hot fire until it gets a little charred. The corn really takes this dish over the top, so make it good.

I start with plain prepared hummus. You can make your own, but part of the beauty of this is it’s simplicity, so I don’t go crazy worrying about making it from scratch. The hummus is spread thinly on a serving plate, then you just layer the vegetables.  First the cucumber, then tomatoes, pile the corn high on top then sprinkle with feta and basil. A drizzle of olive oil and you are good to go. 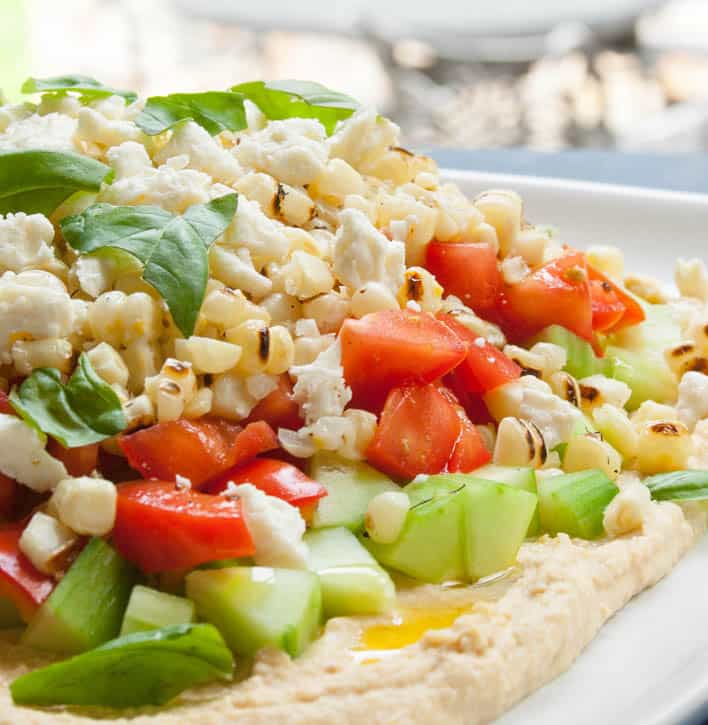 It’s so easy and so fresh tasting and full of lots of texture. My son said it tasted “bumpy.” (But he ate it happily, so I’m going to take his comment as a good thing and move on.) The cucumbers are cool and crunchy. The tomatoes are savory and juicy. The grilled corn is a little smoky and sweet. The feta adds a little briny saltiness and the basil and olive oil bring all the flavors together. 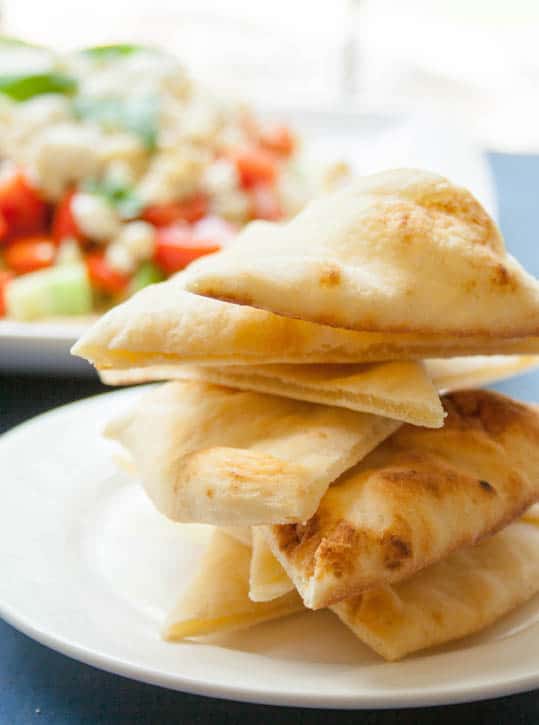 You can serve this with any kind of chip, but since I knew it was going to be lunch fare for us, I served it with some hot toasted naan. As I was eating it, I also thought it would make a perfect vegetarian wrap. The flavors and textures are just so good and so satisfying. So, before the summer harvest ends, make this Summer Hummus. Because it’s not over, until it’s over. And this summer…most definitely… 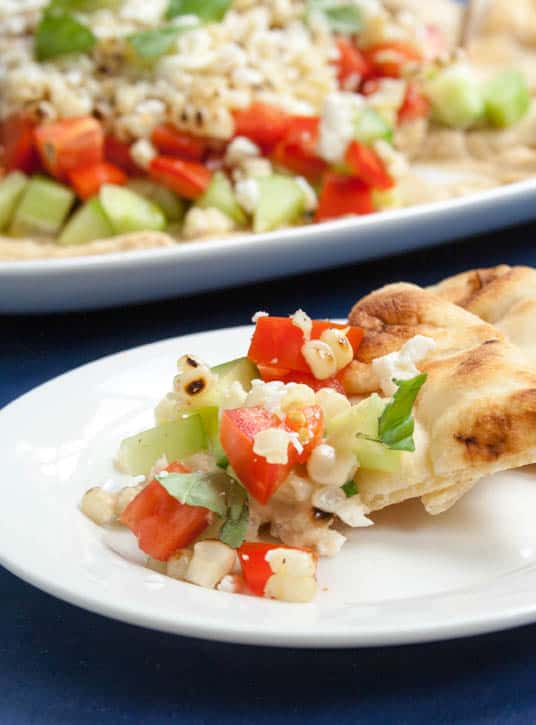 P.S.  Did you know that “hummus” spelled backwards is “summuh”? Haha! A coincidence?  I think not.

I'm giving you quantities as a guide, but you don't need to measure anything. Just cover each layer with the next layer of vegetables, using more or less to your preference.

*I only season the tomatoes because I think tomatoes should always be seasoned. I also don't want anything else to get too juicy or the dish will get too sloppy. I like that the cucumber is not salted. It makes for a solid first layer on top of the hummus and there's plenty of flavor in the hummus to carry the cucumber. The feta on top does the same for the corn.

*I used an English cucumber and still decided to seed it. For this dish, I really like just the crisp cucumber with no interference from seeds and extra juices.

*This is great dish for a crowd. Just double, triple or quadruple the quantities and serve on a larger tray. You can prep everything in advance (except the tomatoes which should be cut and seasoned just before layering.) Keep all components separate, then assemble layers just before serving. The Merchant Baker Copyright © 2015