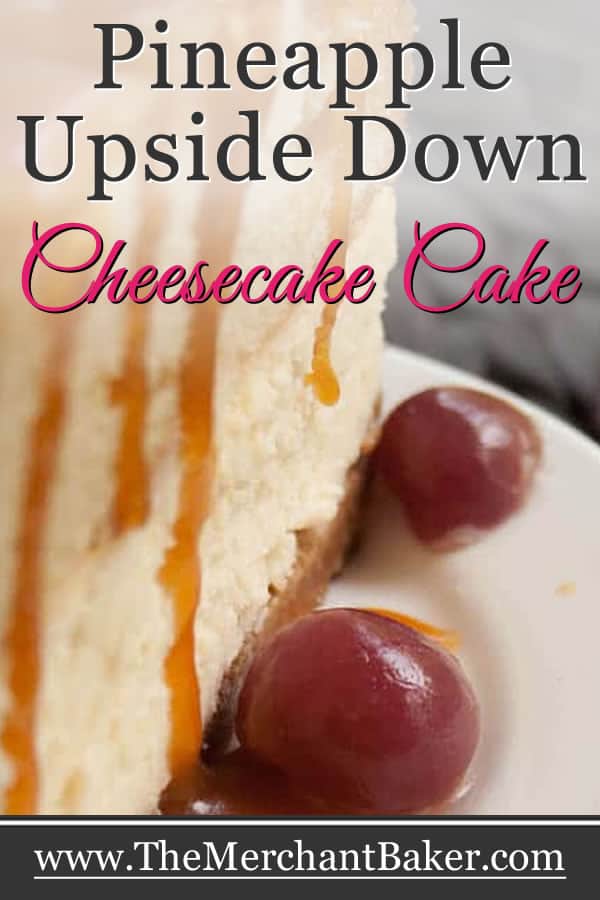 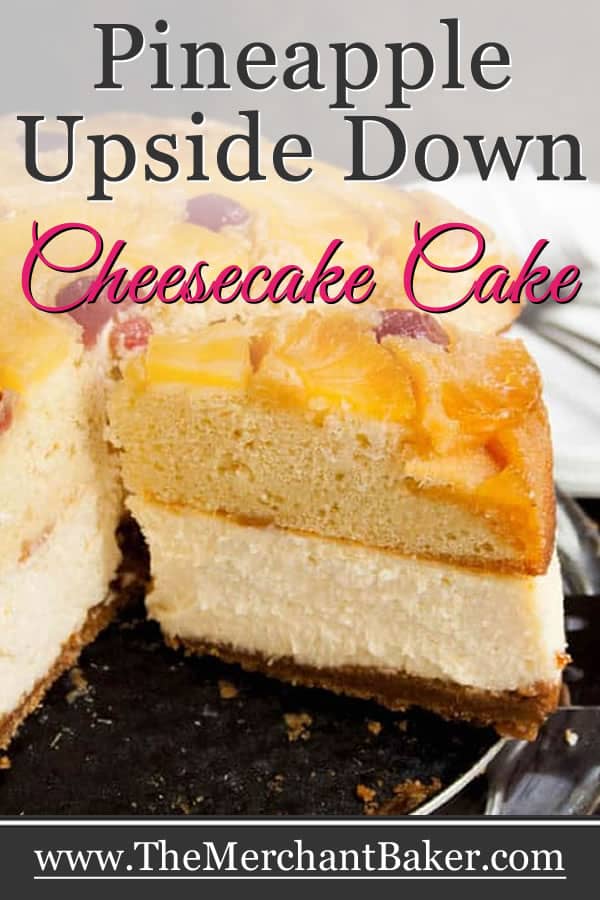 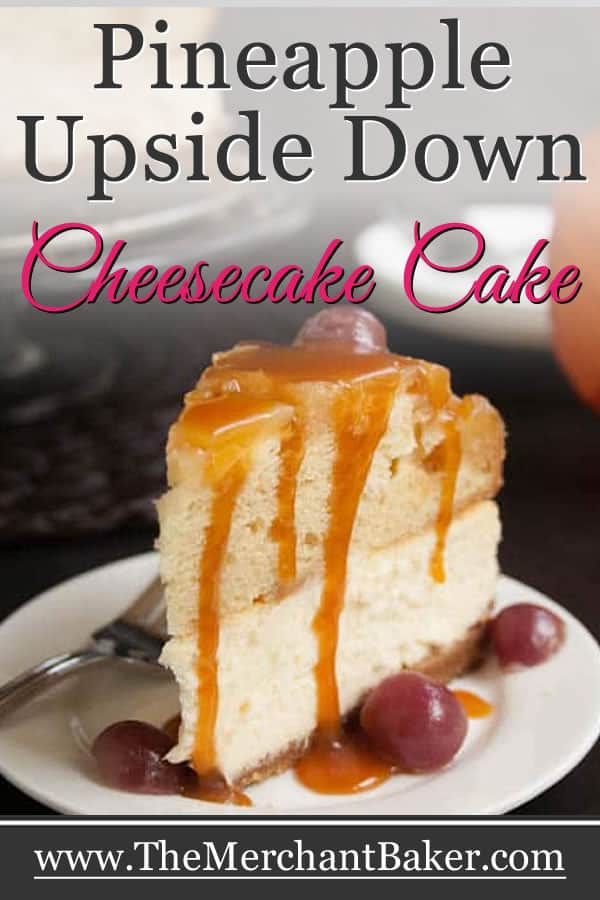 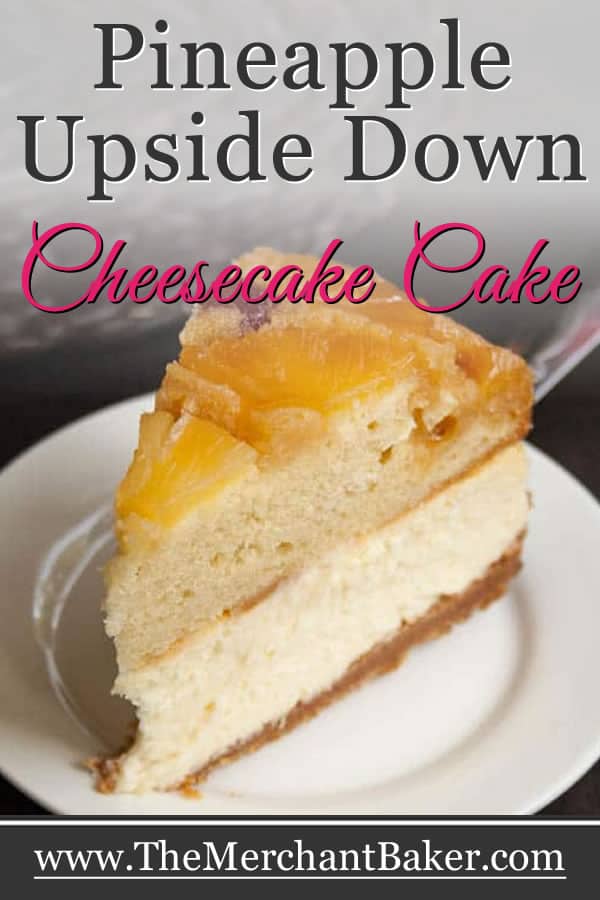 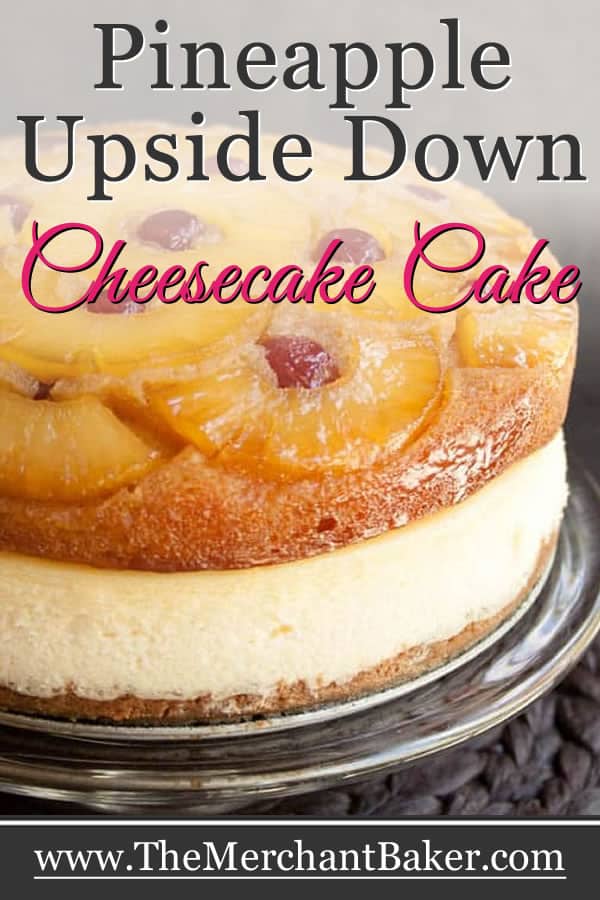 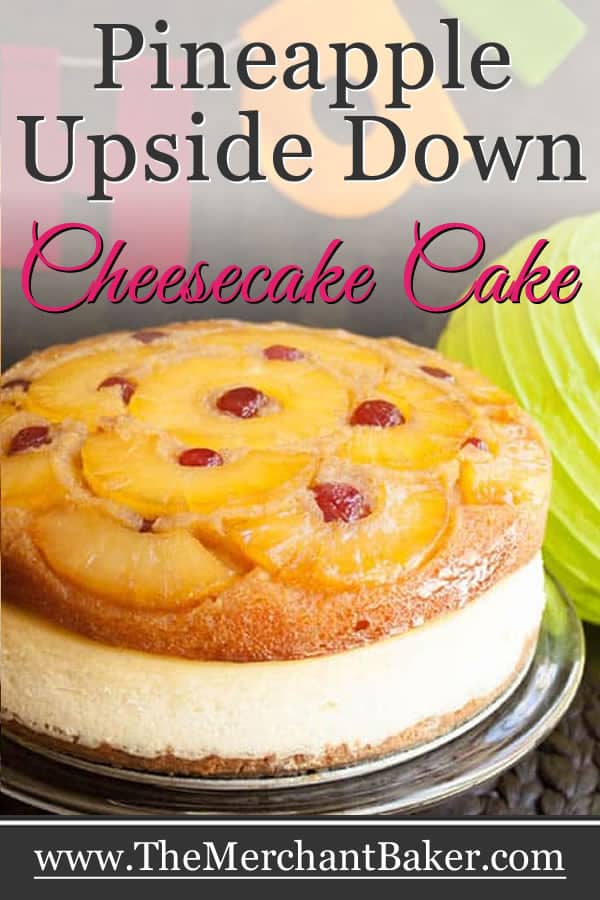 Hey!  Somebody baked me a birthday cake! 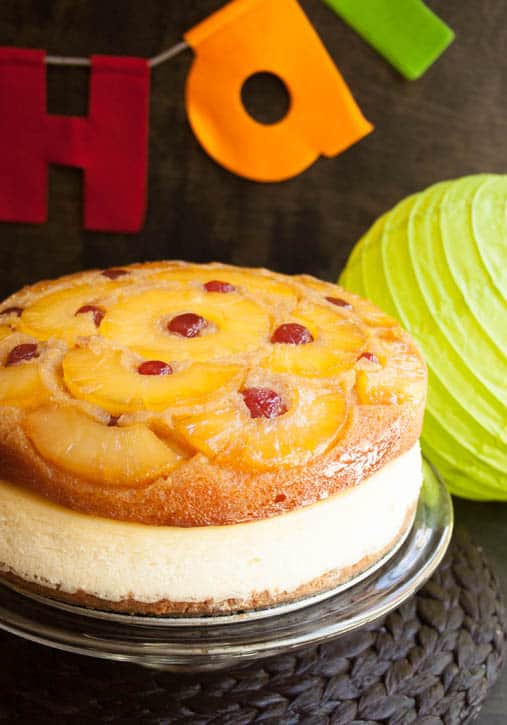 Ummm, probably because I asked for it…and not in the, “Hey, do you want to bake me a birthday cake?” way. It was more of an assumption made with a broad grin. “Sooooo….what kind of birthday cake are you going to make for me?” I originally presented this question to my family in a joking manner, because, let’s be real. People rarely offer to bake cakes for people who bake a lot. We normally bake our own birthday cakes, if there’s any baking to be done. I know this to be true especially with the rise of food blogs and the now public records of those who blog about what cake they baked for their own birthday. 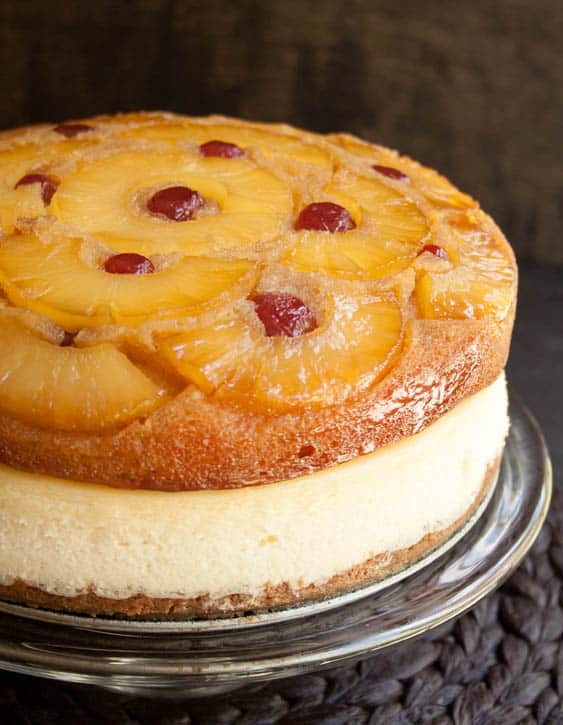 Truth is, I actually haven’t had a whole birthday cake in a long time, which is funny because it’s really the only thing I ever want for my birthday. Why? Because birthday wishes are special and they can only happen when you blow out a candle on top of a cake…or something sweet standing in for a cake.  I usually plan to be out of town drinking up the last of summer’s glory.  My family takes me out for a special dinner in whatever cool place we’re staying for the week and then we go out for a special dessert so we can light a candle and I can make my wish. School schedules have started messing up my plans so the tradition of being away that day has probably come to an end :(

So, knowing I would be at home this year, I thought about what kind of cake I would make and decided I wanted something different, so I picked Pineapple Upside Down Cheesecake Cake. Then, when my family said they would make the cake, I thought I should change it to something simpler. Instead, they wanted to rise to the challenge. Basically, they needed to make two cakes and they could split up the work over two days. 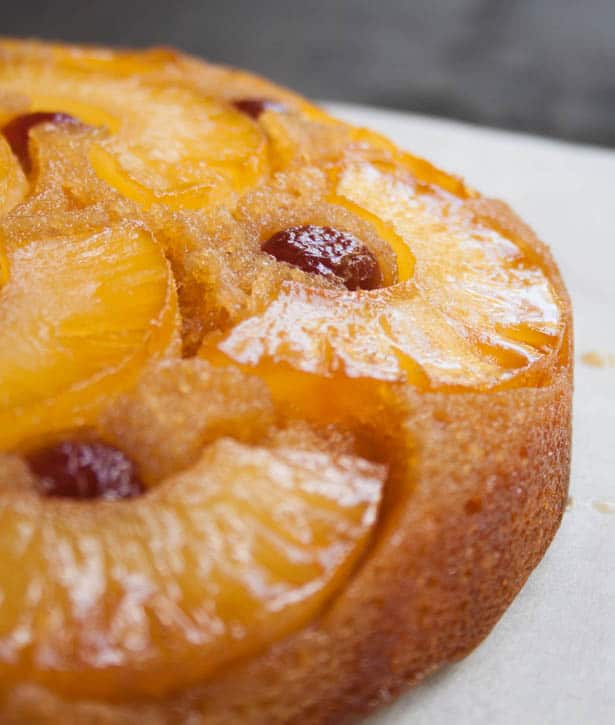 First, the cheesecake. I have a cheesecake recipe that everyone loves but I was worried it wouldn’t be dense enough to stand up as a base for another cake. I searched for a New York style cheesecake and came up with the recipe for Junior’s Cheesecake, which, regardless of how “famous” it might be, I had never tried.

The pineapple upside down cake was simply a tried and true recipe I’d been making for years from Cooking Light. I figured a slightly lighter cake might help balance out the richness of the cheesecake. I originally planned two layers of cake with the cheesecake in between, but for this, I thought it would be overkill. I handed the recipes over to my husband and kids and that was that. 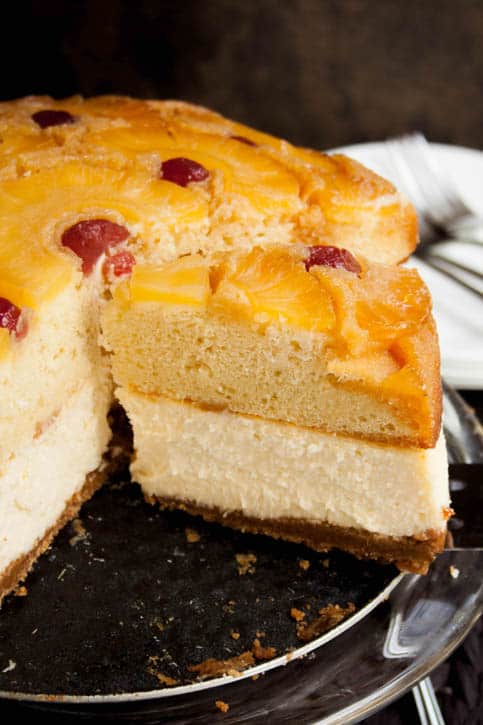 Until my husband asked if we had everything we needed to make the recipes. I told him we had about 90%, but I’d make him a list of the other things he needed to get. He decided he wanted to make the list (but accidentally forgot it on the counter when he went to the store.) Once we (I mean, they :) had all of the ingredients I was banished from the kitchen while they dove headfirst into making the cheesecake. I heard the kids crushing up the graham crackers and then the mixer whipping up the filling. I only checked in once after the graham crust was baked. I gently commented that the springform pan bottom was not actually fully clipped into the pan when they baked the crust and that it needed to be fixed so that the filling wouldn’t ooze out. Thankfully, that was easily remedied without destroying the crust and I made my way back out of the kitchen. 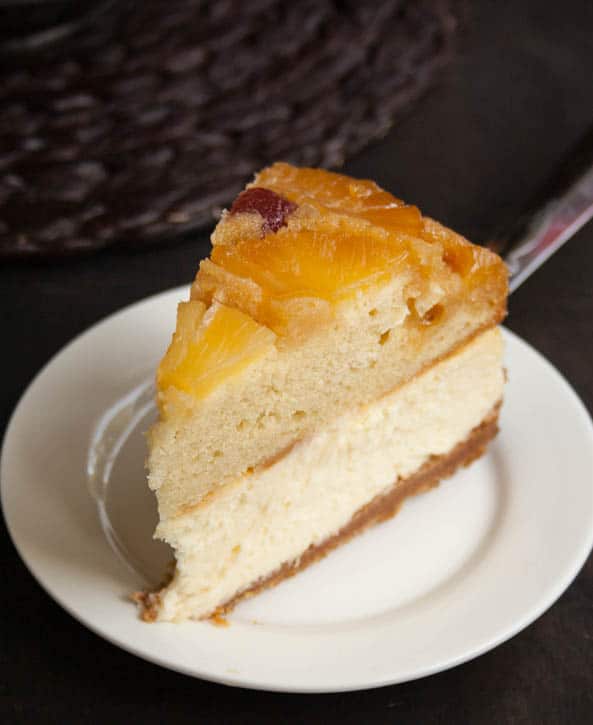 The next morning I smelled buttery caramel cooking and checked in once more to see what was going on. My husband was enthusiastically making caramel sauce for the next cake. It was beautiful in the pan, but I asked him how long it had been boiling and it had been more than five minutes (yikes!) We cooled a little bit of it to find out he had hard candy instead of sauce. I didn’t realize he was going to start so early or I could have explained that he only needed to melt the butter and sugar together to combine them, not to cook them to a caramel stage. He started over and within a few minutes, was back on track.

I happened to be on the phone with a friend that morning and she kept scolding me to get out of the kitchen and just let them do it by themselves. So, I did. After the caramel candy incident, I stayed out. And then my husband left the house to pick up something fun for breakfast. I was still on the phone with my friend when I wondered if the cake was in the oven yet. It was. Then I wondered if my husband realized he left the house with a cake in the oven….Five minutes later he called and said,”I forgot about the cake in the oven.  Could you check on it for me?”  #dontstayoutofthekitchen

I tell you all this not because I want to point out any mishaps, or even highlight my control freak issues (#toknowmeistoloveme) but to emphasize that I only checked on them three times over two days and look what my family made?…. Pineapple Upside Down Cheesecake Cake!!! For me!!! It was gorgeous!

Sweet, buttery, caramelly and fruity pineapple upside down cake atop a creamy cheesecake.  It was delicious! The cheesecake was not as dense as I had expected, but it was a great texture for the cake. We had some leftover salted caramel sauce that we drizzled on top and it was ridiculously perfect! (Yes, this was on top of the already caramelized fruity top. See that’s why the cake is “light”, so we have room to make it “un-light” without getting too crazy ;) 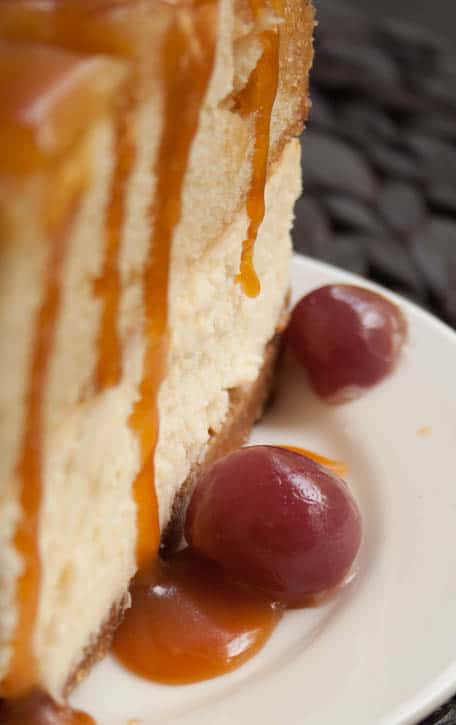 My family was so proud of their accomplishment. When I told my daughter I was going to shoot it for the blog, she said, “But Mom, you didn’t make it.” I told her it was okay. “The post would be about the fact that all of you made it…for me.”  She was satisfied with that and skipped out of the kitchen.

My husband said both cakes were really easy to make. He had no idea that cheesecake was so easy and the pineapple upside down cake is pretty much a one bowl cake. You know, any cake would have been deeply appreciated. They could have bought a box mix and a can of frosting and I would have been honored and delighted.  But now that I’ve had such an amazing cake from my oh so awesome family?  Well…. 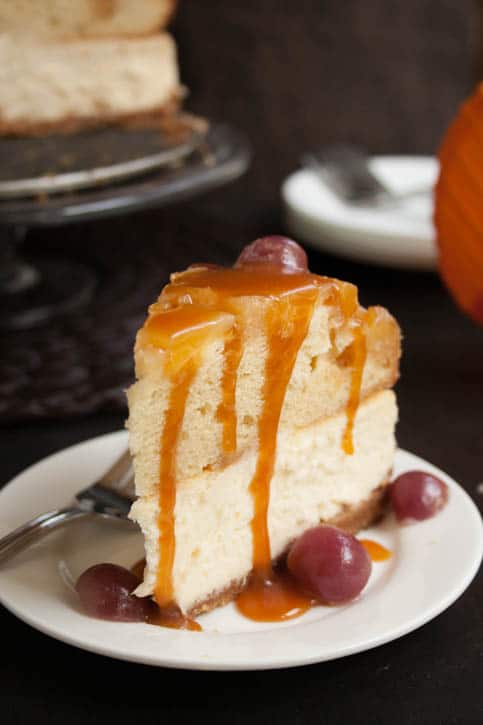 I think I know exactly what to wish for next year… :)

Don't let a multiple recipe cake intimidate you. Both are easy recipes. Just make the cheesecake the day before and let it refrigerate overnight. Start early enough because there's a long baking and cooling time before you can forget about it in the refrigerator. The next day, whip up the super easy pineapple cake and you're good to go!
Servings 12 -16 servings

*For the pineapple upside down cake, you could use 1/3 to 1/2 cup of prepared caramel sauce instead of melting the brown sugar and butter together. The original light recipe calls for 1/3 cup of fat free caramel topping drizzled in the bottom of the pan. The homemade version makes the fruit sink in a bit more, but I don't mind that at all and the flavor is so much better.

*You can warm up a prepared caramel sauce for serving or make 10 Minute Buttermilk Caramel Sauce or Salted Caramel Sauce. But definitely drizzle the caramel sauce on each slice. It brings the cakes together, is ridiculously delicious and makes for a pretty presentation.

*We use Tillen Farms cherries. I'm giving you a link, but we buy them from Whole Foods.

Everyone loved this cake! Since it's so very rich I recommend serving thin slices but it also has that perfect ingredient variety going for it that makes you wish you could use a shovel as a utensil. I also recommend having cool whip or a whip cream can on hand to top it all off and level off your inevitable sugar coma. Thank you Ramona for making this recipe available so I could make my Dad's birthday extra special!

You are so very welcome, Caitlyn! I'm glad you were able to treat your dad with a special cake. I have to say that your description is spot on! It's rich and delicious and yet...a second slice is always tempting you to go back for more. We always say, "I'm just going back for a sliver." :)

What size of cake pan did you use for the cake? I saw that you used a 9” springform for the cheesecake.

Hi Ann, you'll see in the instructions (step #14) for baking the cake that I use a 9" cake pan so that it's the same size as the cheesecake. Hope that helps!

I just read the recipe and it sounds interesting. I have a question could you use a one layer cake mix?

Hi Emogene, I think that would work fine. It would be a different kind of cake so different texture and flavor based on what mix you pick , but I don't think you'd have any issue. It would be an easy short cut. Let me know what you choose and how it works out!

I have just recently started making cheesecake and this recipe is the best. My question is do have have a suggestion of how use this recipe but add different flavor in. Example pumpkin cheesecake. How can i use this as my base and and the pumpkin in. Do you any recipes for this. Thanks

Hi Nevie, I'm glad you love this cheesecake! I haven't made this exact cheesecake as a pumpkin cheesecake. Pumpkin is an interesting ingredient and can throw off all kinds of ratios in a recipe, so testing would be necessary. However, I do have a delicious Triple Layer Pumpkin Nutella Cheesecake recipe that I think you'll enjoy.

I've made and tasted many cheesecakes and pineapple upside down cakes in my 61years young life, but this confection is ABSOLUTELY the most delectable party in my mouth I've had the pleasure of tasting.

Thank you for this recipe💓💖

Well, Joy, I can't imagine receiving a better comment than that! What a lovely way to start my day:) I LOVE this cake and am thrilled to hear you enjoyed it too!