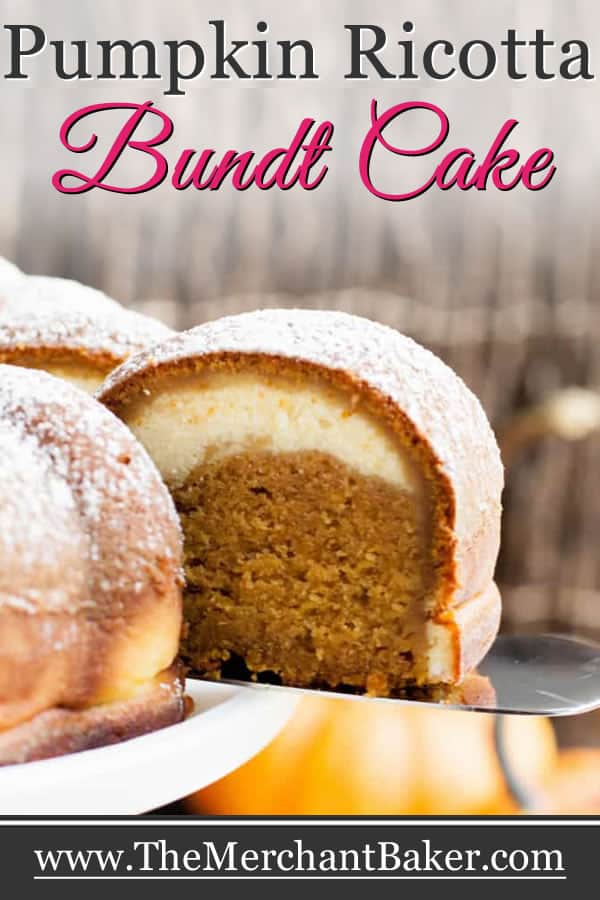 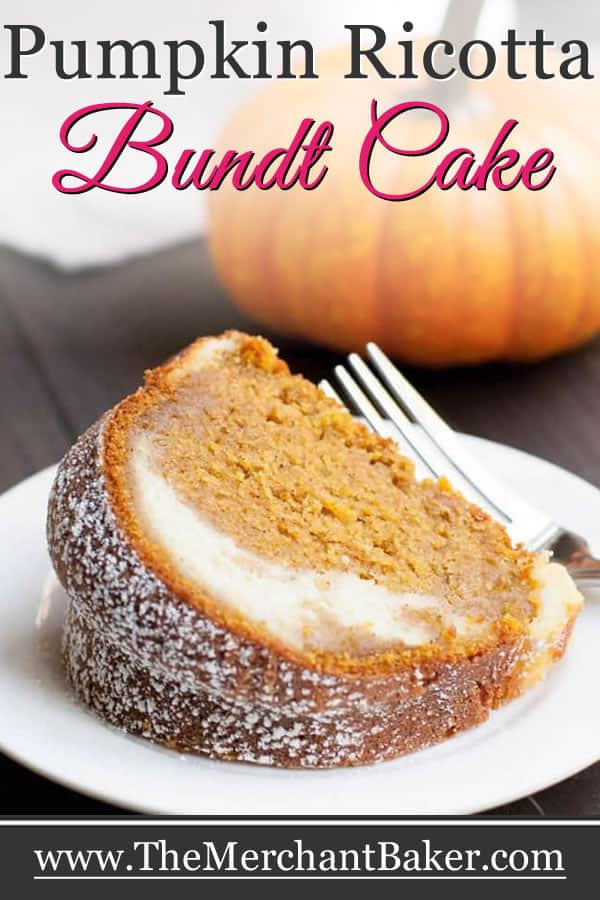 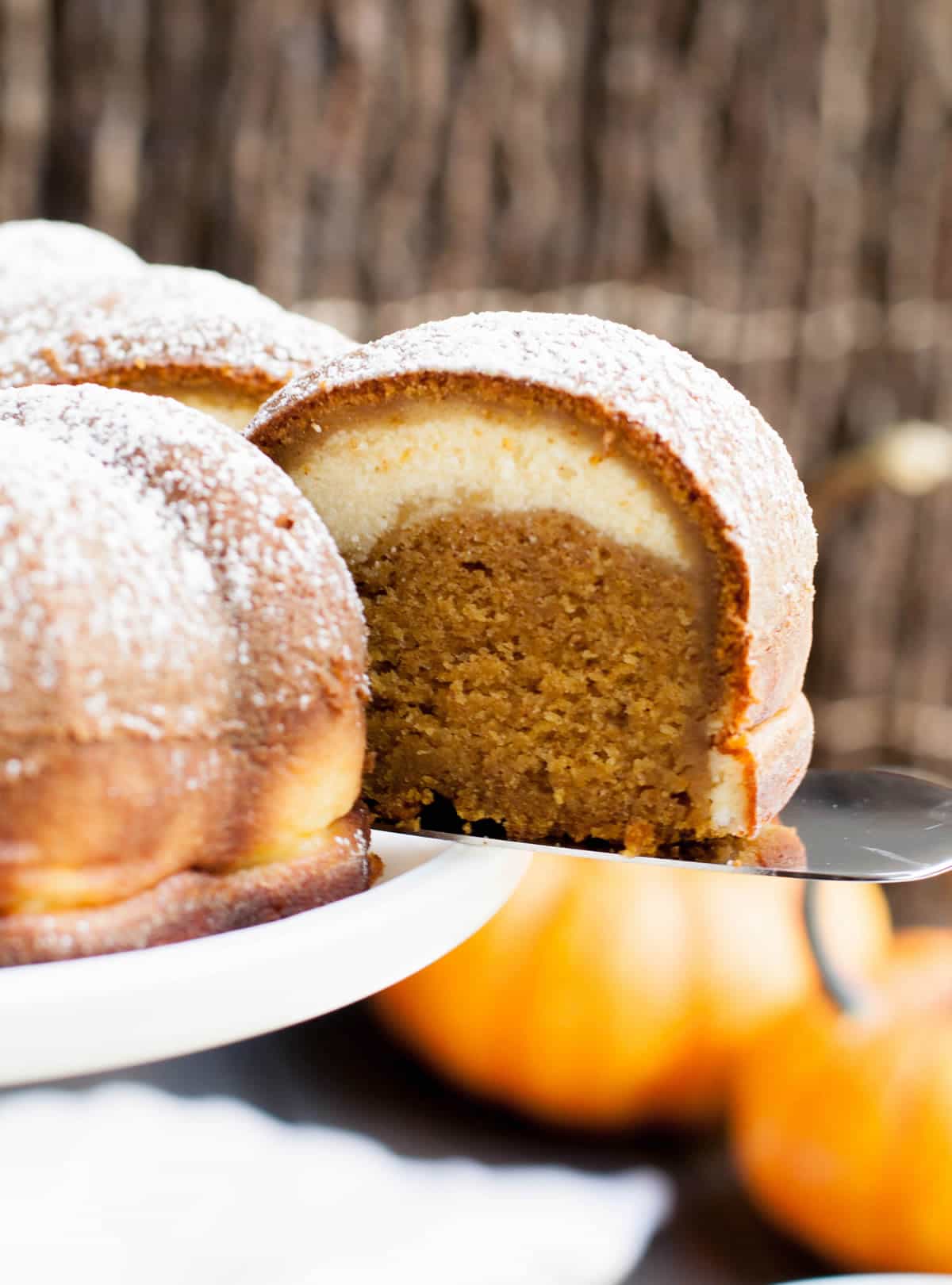 But, that’s a mouthful of words that doesn’t quite roll off the tongue. So, I took, “Custard,” out of the title and made peace with it. Or not.

Because custard is the highlight of this cake, the pièce de résistance. Aaand, that custard forms magically for you in the oven!

Yep! You just pour the custard on top of the cake batter and it travels nicely down to the bottom of the cake baking into lovely swirl. There’s no layering of filling and batter; just pour it on top and science takes over and does the rest of the work. 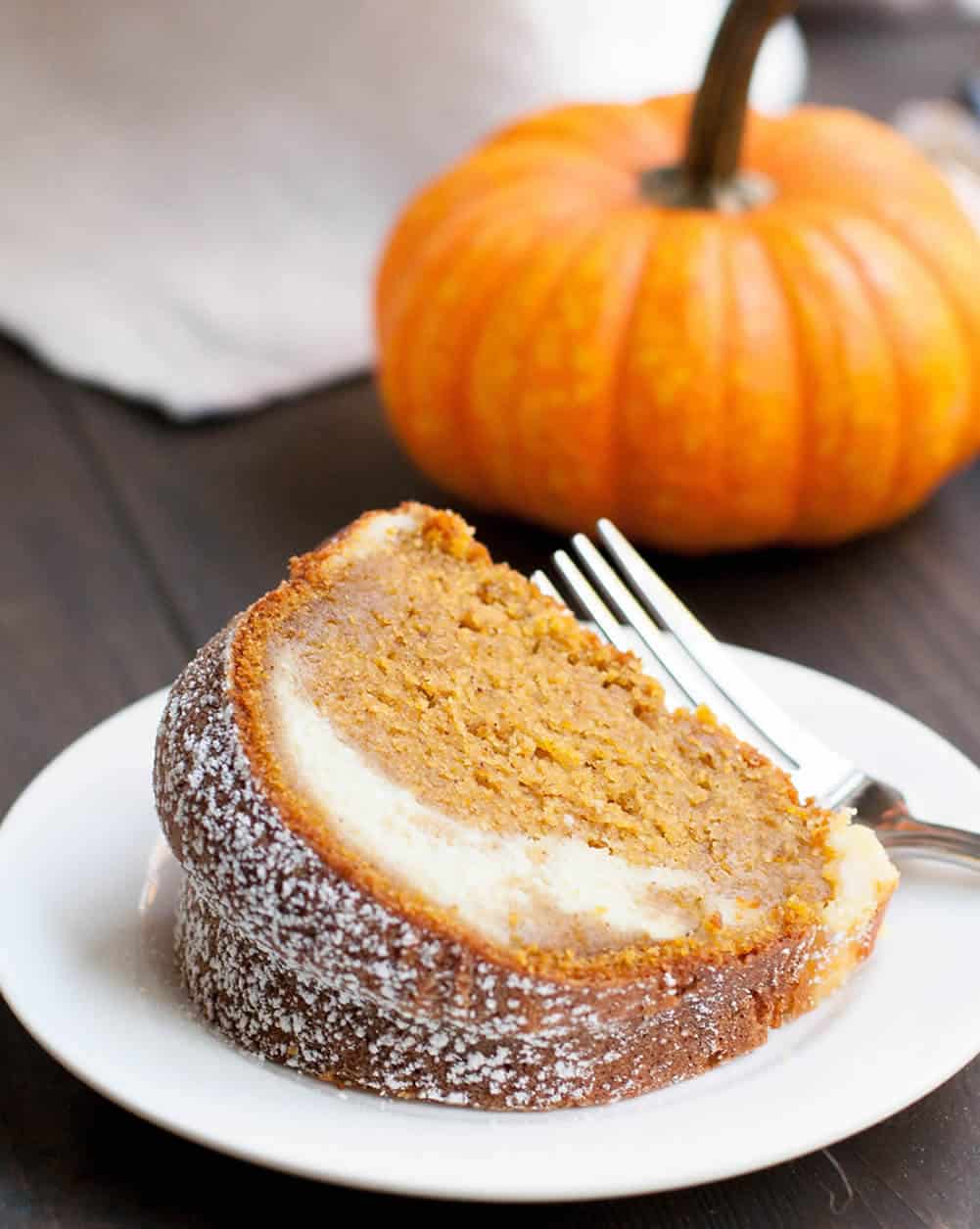 Let’s back track a bit. The origin of this wonderful cake harkens back a million years when I had my first job out of college. I was in an executive training program at a large department store and my position was sales manager. I had a wonderful team of ladies that worked in my department.

They were long term, loyal employees that had probably worked at the company for more years than I was alive. Clearly, they were going to teach me more than I was ever going to teach them, and they quickly took me under their wing.

In addition to teaching me all about the product in our department, how to keep the stock boys in line and how to manage the various buyer personalities that came out to visit our store, they also liked to bake. 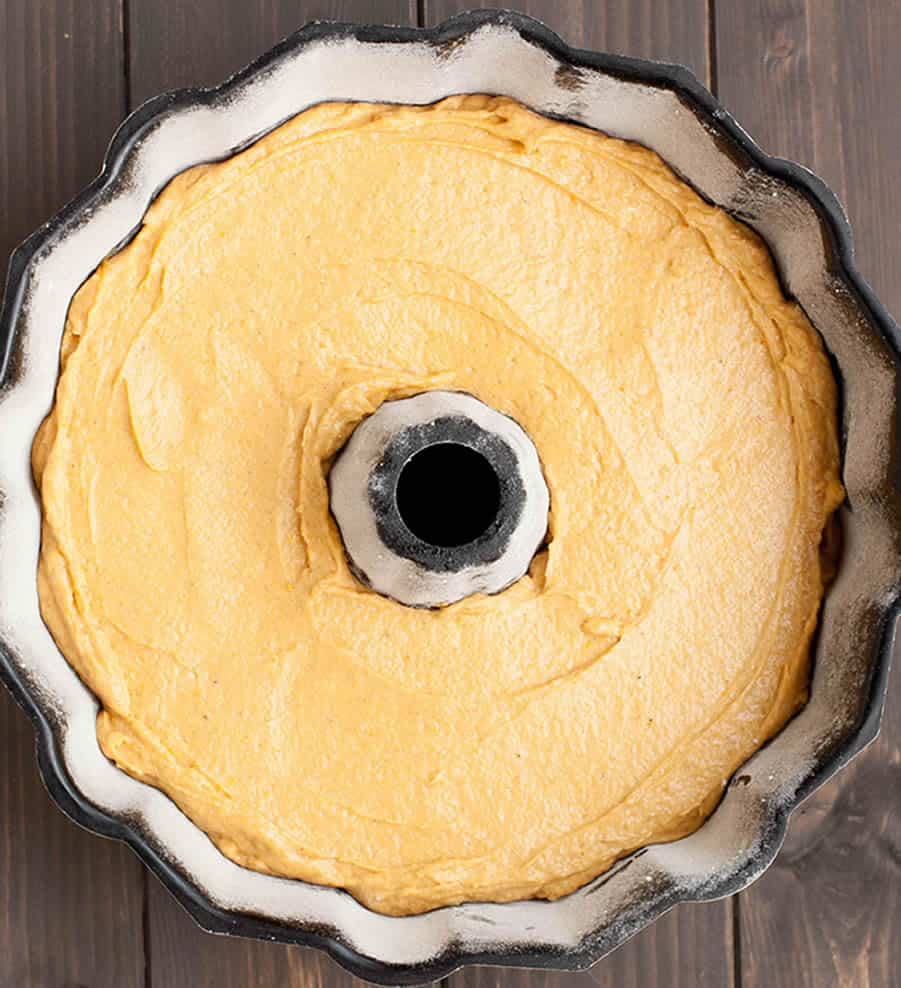 There was one woman, another old timer from one of the other nearby departments, that baked a ricotta cake for some event we were having. It was a yellow cake with a layer of the most delicious custard.

I had never had anything like it up to that point! I was in love. When I found out it was made with a yellow box cake mix and just a few extra ingredients, my single girl working 60-70 hours a week self was sold.

If I ever needed to bring a quick, yet impressive cake somewhere, that cake was certainly going to become a go to recipe for me. And so it did. And every time I brought it somewhere, I was asked for the recipe. Every. Single. Time. 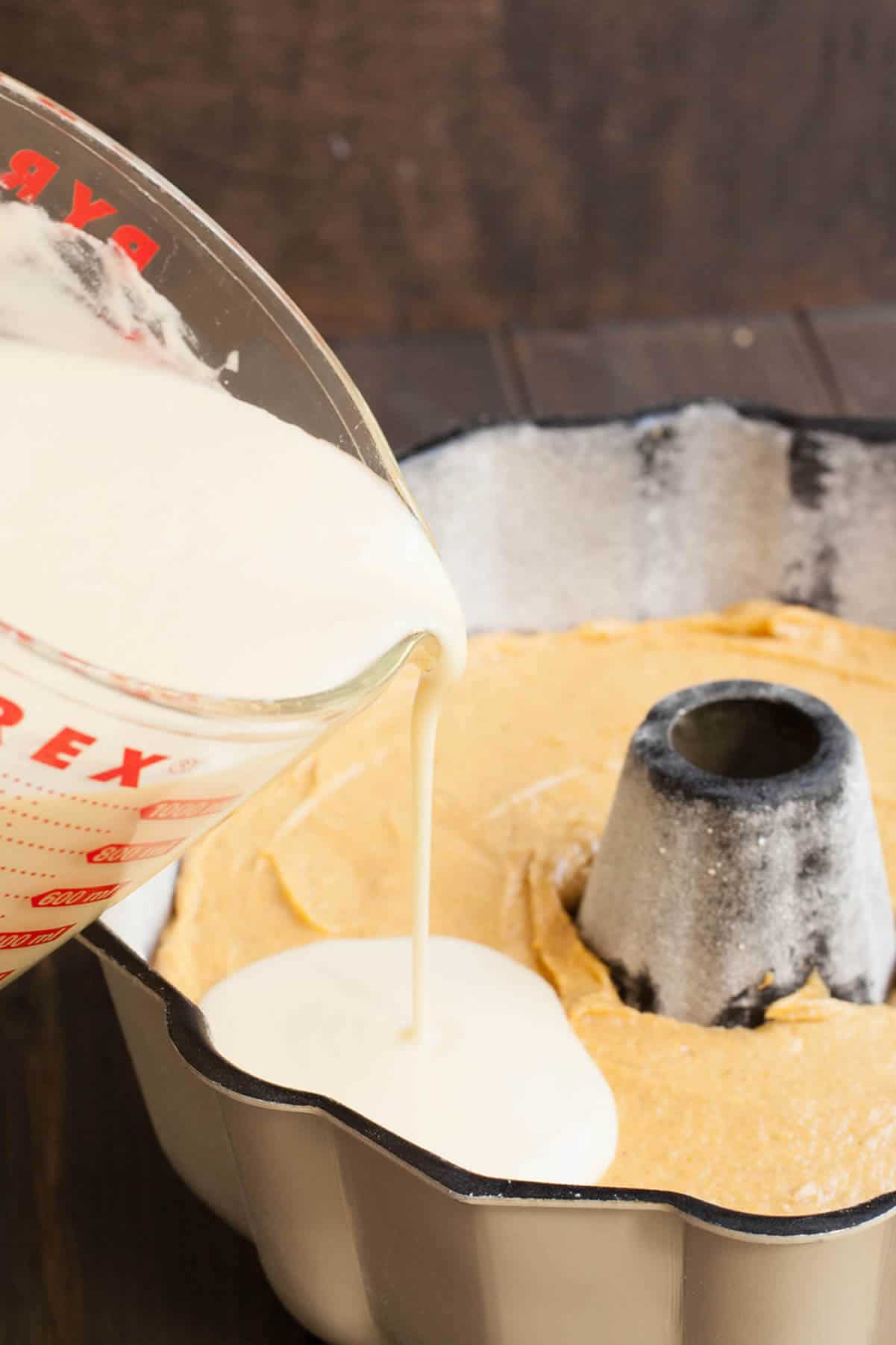 Then my sister in law asked for the recipe. I think she started making it at Christmas and maybe for some other events.

When I would see it on her dessert table, my eyes would always light up and I knew that I had to save room for a slice of it, regardless of what other treats might be gracing her spread of delicious desserts.

At some point I realized that I wasn’t making it at all anymore. What happened? I was too busy testing other recipes and working on ideas for the blog. 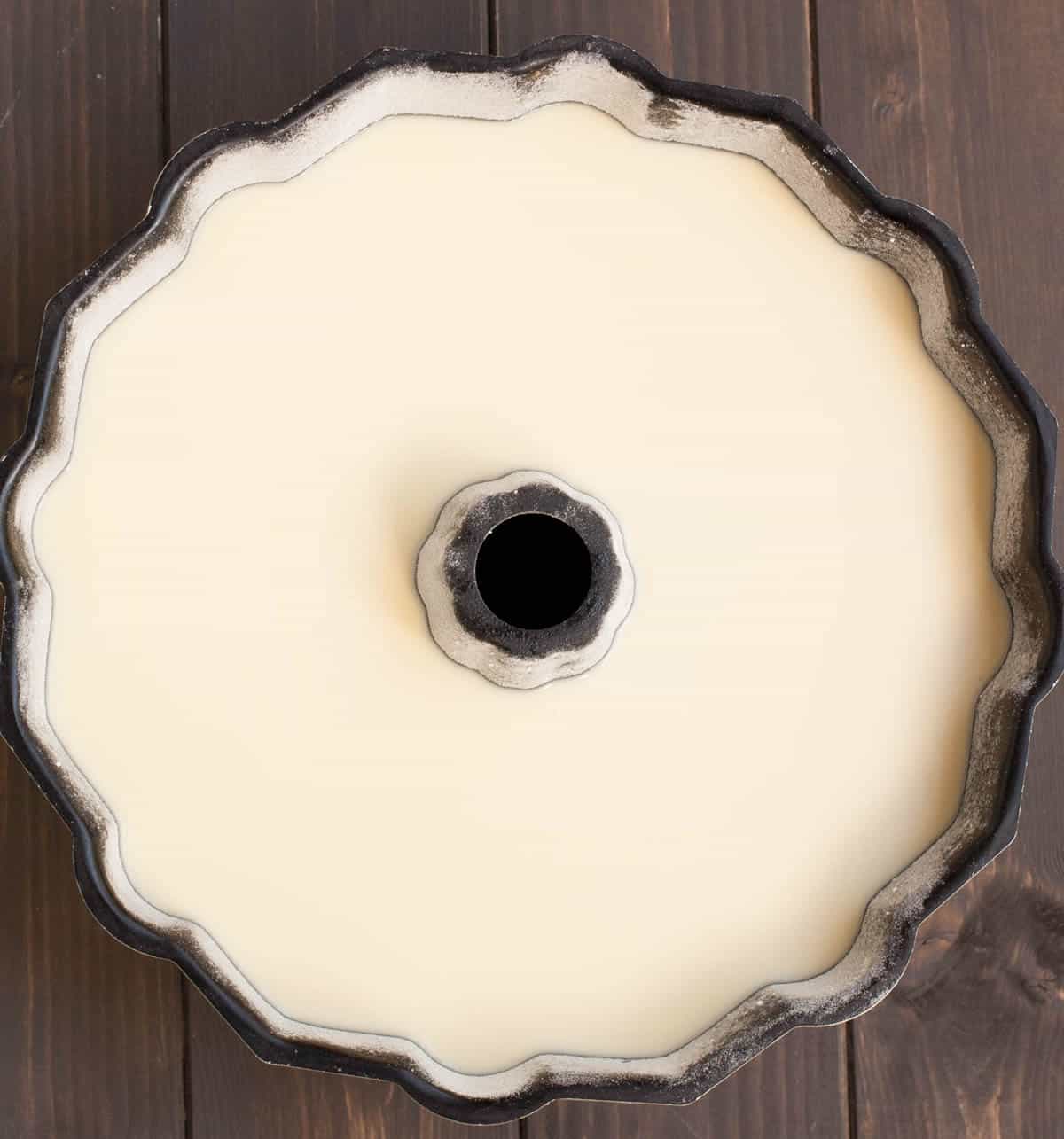 And then I came up with an idea…what if I made a pumpkin version? I figured, how hard could it be? All I needed was a good pumpkin cake recipe. Piece. Of. Cake. *car brakes screeching to a halt* Or maybe not. 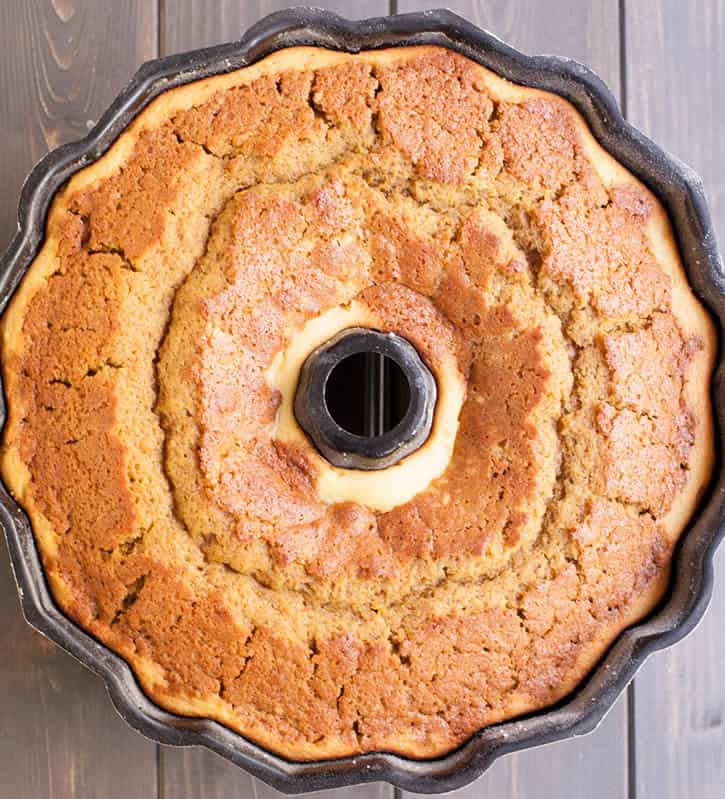 Maybe the first cake I made was not partially raw when I cut into it. Maybe I didn’t then cut slices of said cake and bake them again so that they could fully cook… and then offer the now toasted slices of cake to my family. Ugh!

Oh, now don’t feel sorry for them. It was a strange twice baked cake creation, but some of them actually asked for seconds! Clearly, though, that concoction was not going to be bloggable.

It’s the pumpkin, I tell you! Pumpkin always changes the texture of a recipe (#sconegoals) and now that I was combining it with a custard, I had twice the challenge. 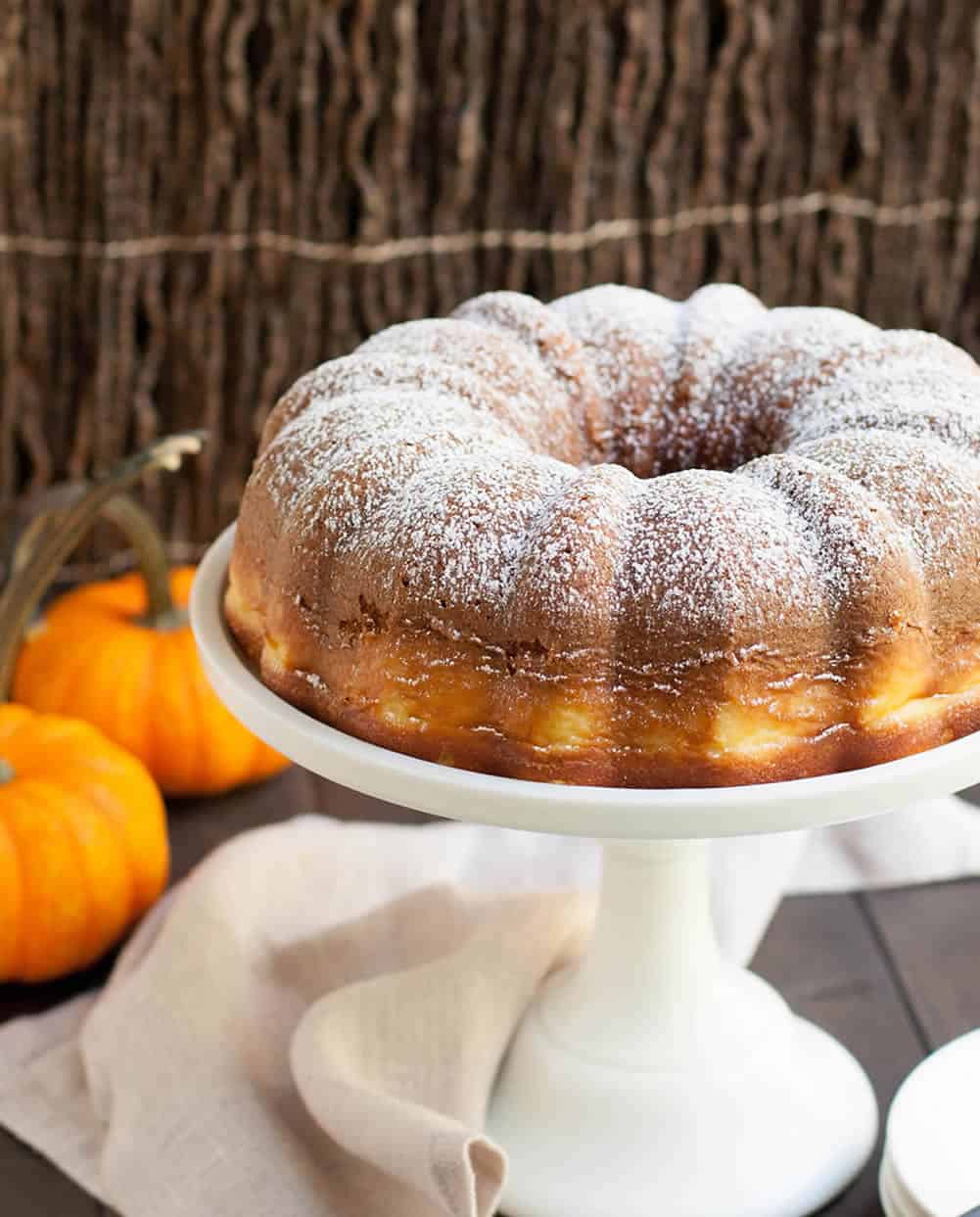 I’ll skip the trials and tribulations of the following test rounds of cake batter that were simply too moist to handle the addition of custard, and instead tell you that I just ended up going back to a favorite tried and true recipe hoping that it would work with my custard.

I even changed the recipe for the custard just to insure my success. (To be honest, I was simply trying to create a recipe that used a full can of pumpkin so I wouldn’t leave you any leftovers, but it was a no go. #good intentions) 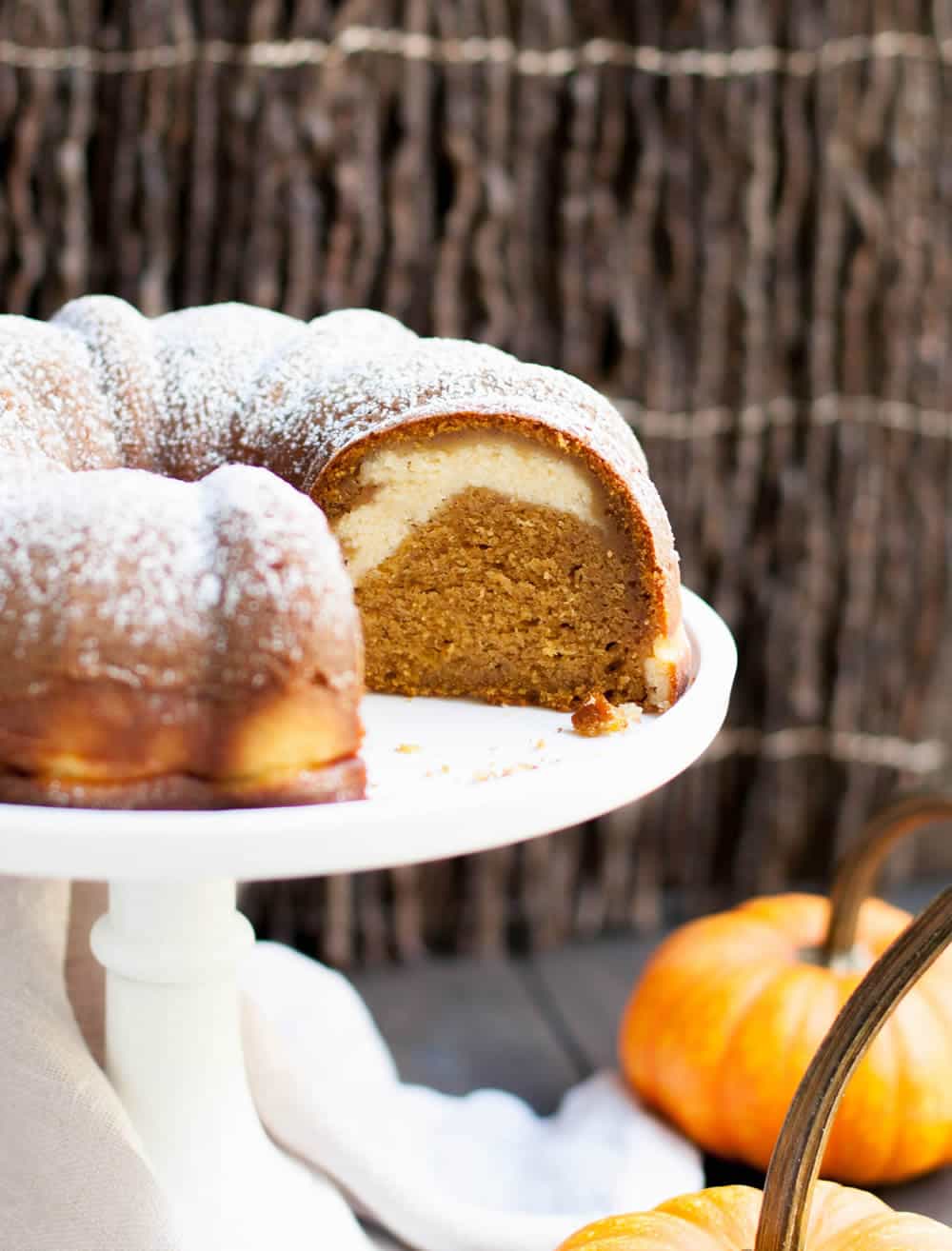 You might think that my family was sick of pumpkin cake. I know I was. I had already planned to give at least half of the final and successful cake away to friends. After photographing it, I headed out for an evening meeting, leaving my family home to test the latest cake.

When I got home, I asked how the cake was. My husband told me they ate half of it. What?!? That’s insane! See what happens when I leave, letting go of all of the mighty control I exert over the household every day? ;)

Oh, and then they told me they didn’t want to give any of it away. Yep, I’m outing my family…specifically my husband, because there’s at least one person who now knows she got cheated out of some cake :)

The cake itself is tender and moist. It’s not super fluffy, and it’s just gently spiced. I’ll add notes to the recipe if you want to add more spice, but the lack of a strong spice profile really does make this a little more mass appeal.

It’s kind of like pumpkin cake rolls; they never seem to be strongly spiced. I’m going to try it with a little more spice and some orange zest the next time around, though. Just for fun. 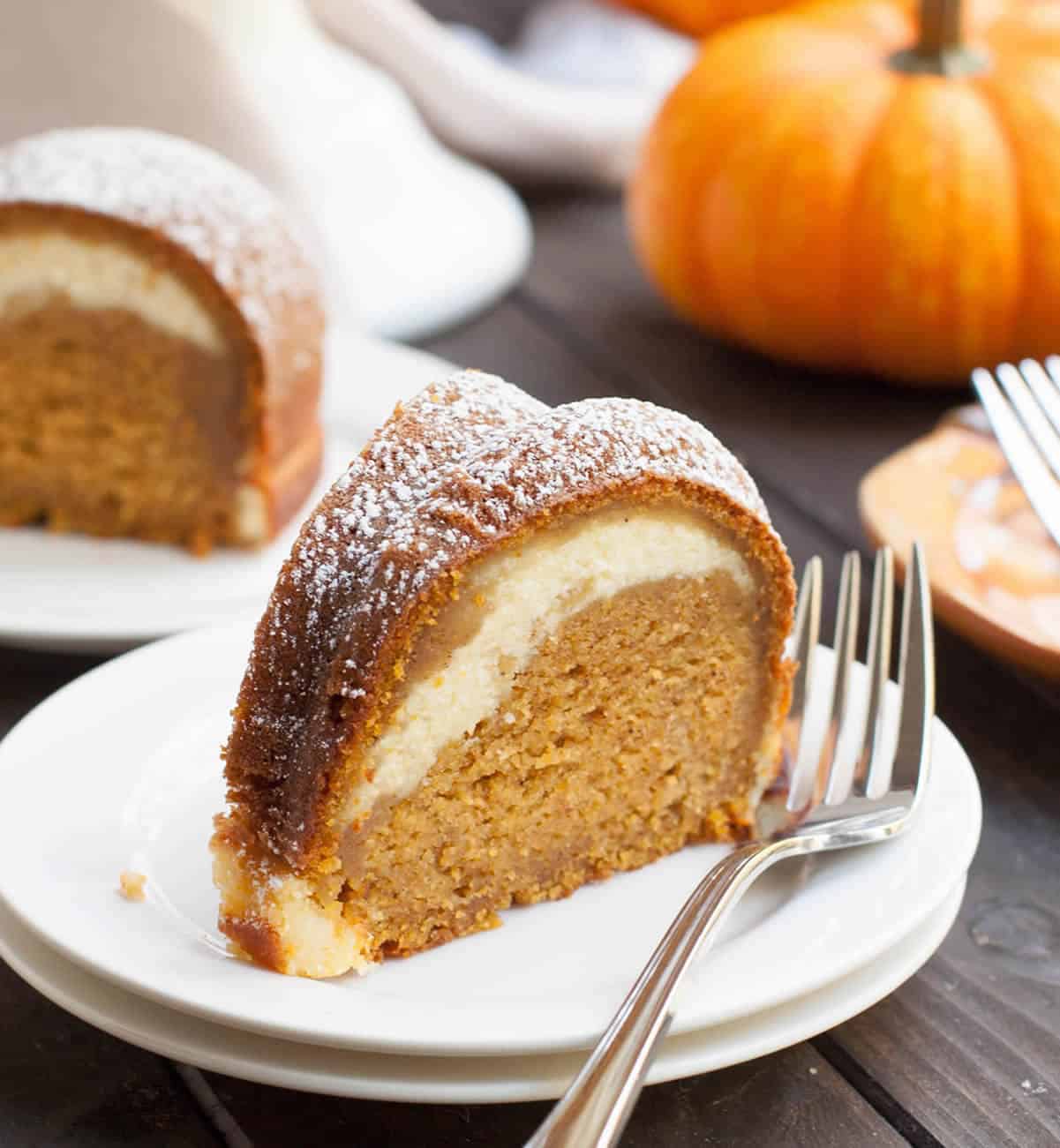 Because the custard is so moist, the edges where the custard meets the cake batter, even when fully baked, will be a little like pumpkin pie. In fact, one of my taste testers thought the cake should be called a “pie” cake.

I think Pumpkin Ricotta Bundt Cake is enough. I’ll probably leave off the bundt part of the name in regular use and just call it Pumpkin Ricotta Cake. It doesn’t really matter what you call it…because in a word? 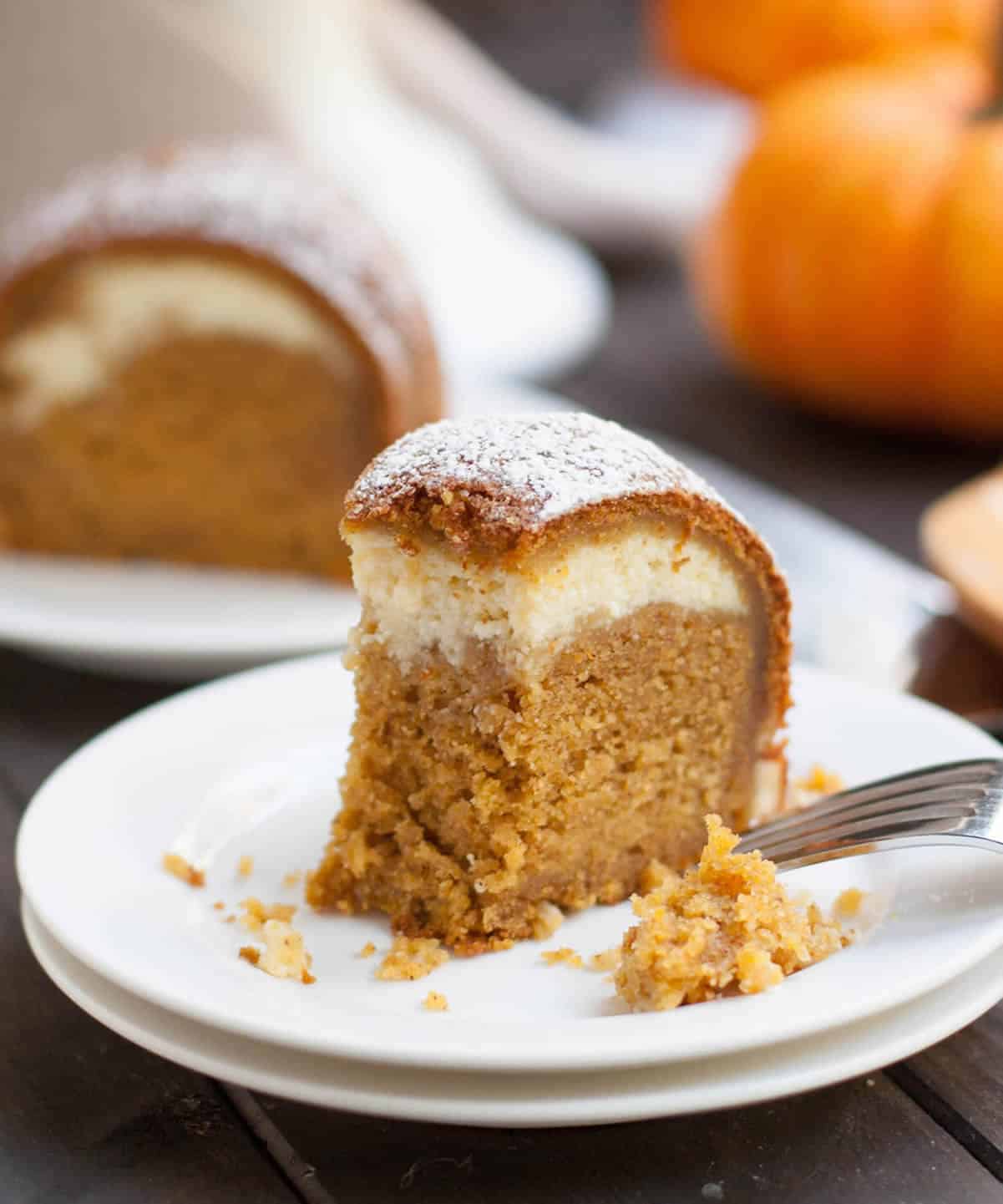 In this cake, a delicious ricotta custard is poured over pumpkin cake batter and bakes into a delicious cheese layer within the cake. How much your custard layer "sinks" into the cake will depend upon the consistency of your pumpkin puree. Check recipe notes before beginning for best results.

*For an easy way to grease/flour your bundt pan, melt 1 Tablespoon of butter and mix with 1 Tablespoon of flour until combined into a paste. Use a pastry brush to apply paste to all the ridges, nooks and crannies of your pan making sure to coat all of the sides as well as the center tube.

*Cake should be stored in refrigerator. My family prefered it cold, but it gets too dense for me when it's cold. If it has been stored in the refrigerator, I would allow it to come to room temperature before serving, although my favorite way to eat it is heating up a slice for just a few seconds in the microwave. It becomes really soft and kind of fluffy when it's warm. Love it!

*If you want to add more spice, I would increase cinnamon to 2 teaspoons and add 1/2 teaspoon of ground ginger and 1/8 teaspoon cloves. Love ginger? Don't increase cinnamon and add a full teaspoon of ginger instead. Or skip all of the spices and replace with 3 teaspoons of pumpkin pie spice. I also think adding the zest of 1/2 an orange would taste amazing. My advice is to try it first as the recipe is written, so that you have an idea of how much you'd like to adjust. It's really wonderful as is, though.

*My bundt pan is about 10" across and about 3 3/4" tall. I've made the original recipe in a 13 x 9" pan, but I haven't tried this pumpkin version in that sized pan so I'm not sure if it works well or not. Sometimes recipes translate to other sized pans, sometimes they don't.

*If you want to try the original recipe, just prepare a boxed yellow cake mix as directed. Spread the batter in a bundt or 13 X 9 pan (well greased and floured) and pour custard mixture over the batter. Bake at 350 for 50-55 minutes. In this version, the custard will sink completely to the bottom instead of forming that "filling" effect that you see with the pumpkin version.

*UPDATE 9/23/18-Some readers have had issues with their cheese filling not properly sinking to the bottom of the cake while baking. I think this is due to different moisture levels in pumpkin puree which subsequently affects how thick the cake batter ends up. My puree had more water content and was more on the loose side, like very thick baby food, instead of very thick. If your puree is very thick, I would remove a Tablespoon of the puree and replace it with a Tablespoon of buttermilk to loosen it up just a little. Then check it for consistency. You can sub out another Tablespoon if you need to before you mix it into the batter. Results will vary on how much your cheese filling sinks, but regardless of what position it ends up in, the cake will still taste delicious.

This was so good! Thanks for sharing. I added walnuts to the batter and increased the amount of spices + cardamom. Delish. I also used monk fruit sweetener to cut back on the sugar

Love your additions! I adore nuts in pretty much everything! Thanks for the great feedback, Beks!

I baked for an hour and cooled for 15, went to flip and it wasn't done and made a terrible mess. :( just put it back in to see if I can finish baking it. I wonder if my oven isn't properly heating but I've never had any problems before.

Hi Shauna, it is possible that your oven temp is off a bit. I find that it's good to get an oven thermometer to make sure the temp is accurate. I make sure my oven is at the temperature I state in the recipe so that I can give the most accurate bake time. Pan size can also affect how much time is needed. The only other thing I can imagine is maybe your ricotta was very wet and made the batter too wet? Because there are variables involved in everyone's home kitchen, I would definitely do the toothpick test to make sure your cake is done before removing from the oven. I'm sorry you had a messy experience. It can be really frustrating especially after all your efforts. I hope the additional bake time saved your cake this time and I hope the toothpick test will save your cake next time.

Do you need to refrigerate it?

Hi Natalie! Yes, because of the ricotta custard filling, it should be stored in refrigerator. I like to take it out about 30-45 minutes before serving to take some of the chill off.

Hi Pam, I really don't have any experience with using Gluten Free Flour. My understanding is that the brands that say you can sub 1 to 1 work pretty well. If you already have been please making cakes with your flour, then I wouldn't assume any adverse effects from using it with this recipe.

Do you think making the cake with Gluten Free Flour ( 1 to 1 ) ratio would adversely affect the cake at all?

Hi Pam, I really don’t have any experience with using Gluten Free Flour. My understanding is that the brands that say you can sub 1 to 1 work pretty well. If you already have been please making cakes with your flour, then I wouldn’t assume any adverse effects from using it with this recipe.