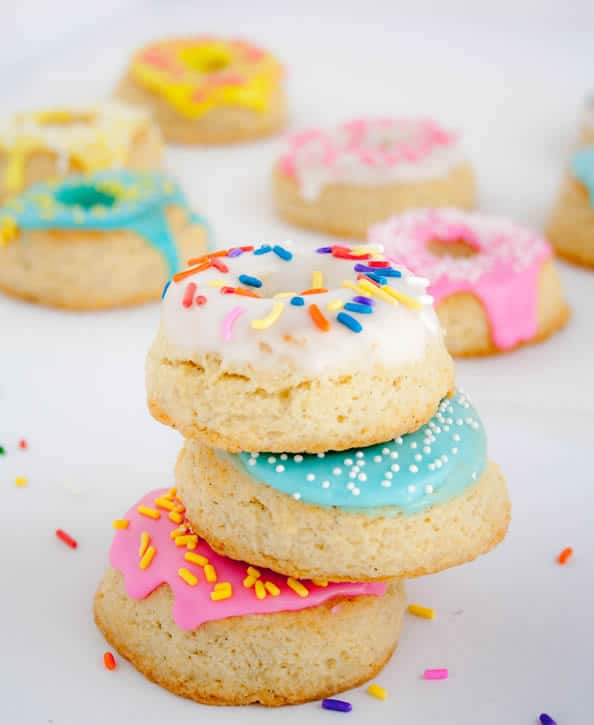 I did a mash up, broke out the sprinkles and food dye and made Iced Vanilla Sconuts. I thought I had invented something new until I did a Google image search and realized others had been there, done that.   I even found an image of a boxed mix!  Just add water.  Go figure. 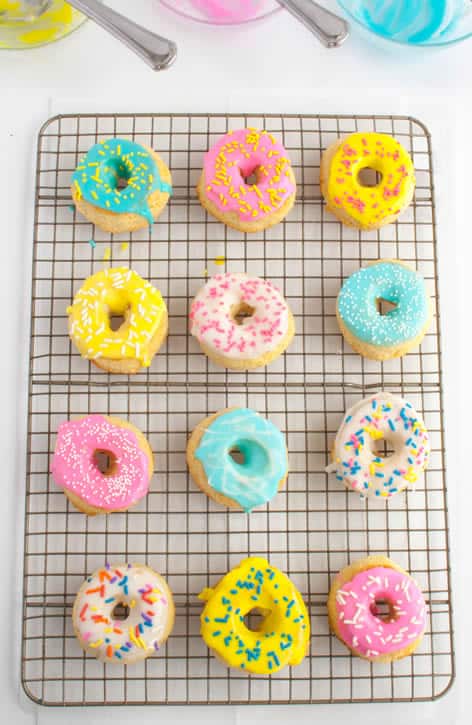 Why break out into Sconut craziness today?  Well, let’s just say I feel like I should have March Madness as the heading over my personal calendar, and it has nothing to do with sports.  It’s just been a jam packed month of non-stop life and life challenges. 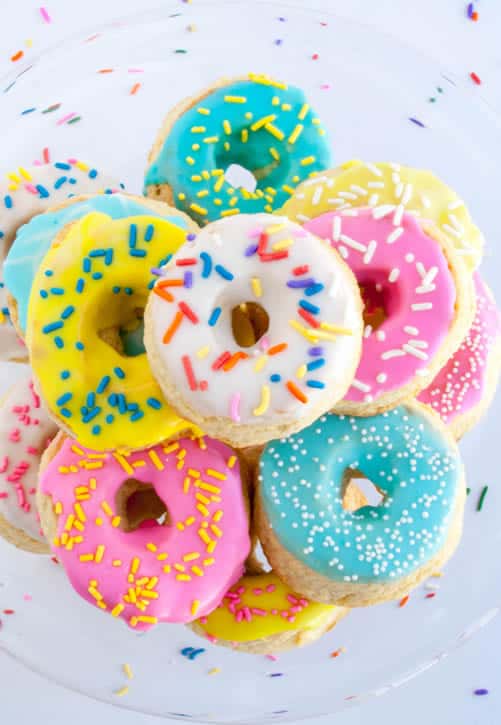 But let’s skip all of the life challenges and just chat a bit about the blog challenges. We begin with a host of recipe fails.  Oh, there were the muffins that I made 5 times over a two week span that tasted delicious but were ugly.  (I know, how can a muffin be ugly?  Trust me.) Then there were the scones that were beautiful and were a fun new flavor combo, but didn’t taste amazing.  My kids loved them.  I actually agreed with them after I tasted them again a couple of days later.  They were the scones that needed days to have the flavor develop. Aged scones? Perfect.  And savory dishes?  They were on the calendar.  I even made some of them, at dinner time, but then I didn’t have time to shoot them. Or, I did have time to shoot them, but learned that corn tortillas won’t wait for you to get the perfect shot.  Warm and ready to roll turned into cold and breakable, and they were already topped with fillings, so I just put all the stuff in the pan, unrolled, poured on the sauce and baked it.  It was all good. Dinner was delicious; it just was not photo ready. 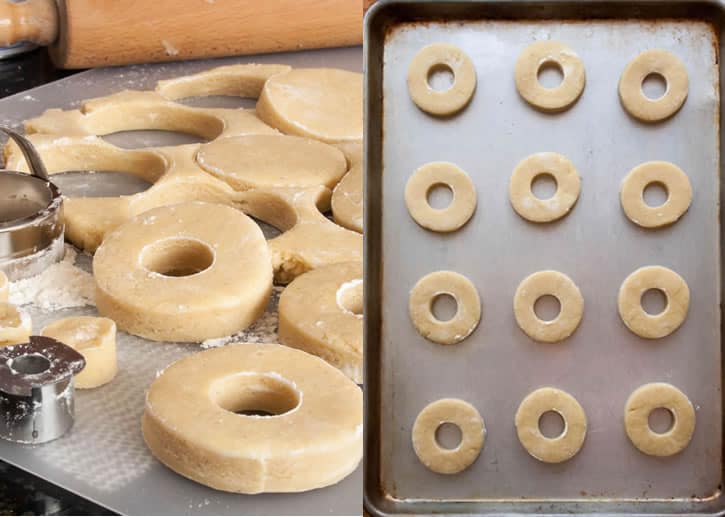 This month, I used every post I had banked as back up for busy days.  There’s no cushion, no room for failure. You’ve heard of farm to table?  I’m living table to blog.  I’m just hoping that the creation I made last night tastes as good as it looks or I’ll be back to the drawing board.  My fingers are crossed.

I needed a quick win so I made a tried and true recipe adapted from My Favorite Cinnamon Scones. It’s a vanilla scone version but I thought I’d switch it up. Instead of cutting them into traditional triangles, squares or rounds, I thought I’d go donut shaped and have a little fun with color. Food coloring, sprinkles and icing? My kids were sharks lurking in the kitchen just dying to try one. Can I taste the icing? (Not until I’m done shooting.) Can I have one of the sconut holes?  (Not until I’m done shooting.) Can I just have the sconut hole that’s crumbled? (Nope, gonna shoot that too.) Can I? Can I? Can I? 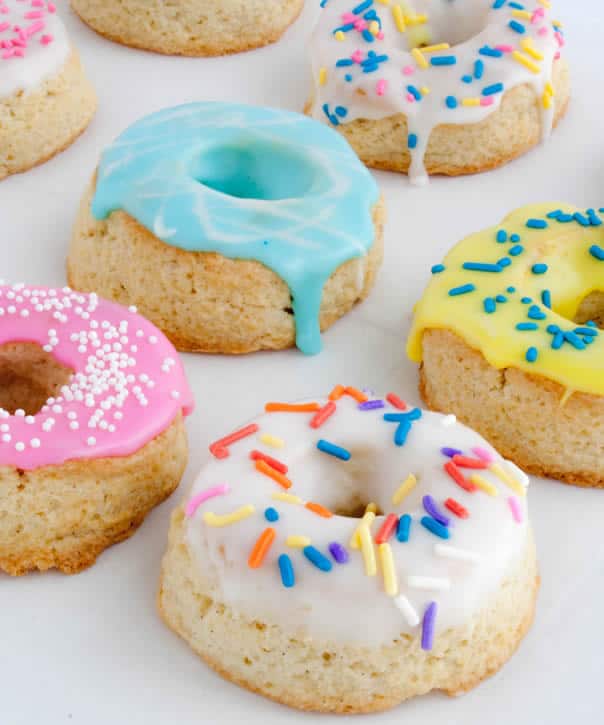 I chose a bunch of bright colors for icing and sprinkles for the sconuts, and decided to roll the sconut holes into powdered sugar, just to have more diversity. It all looks like so much fun!  And since today is also the eve of my six month blog anniversary. I thought I’d get a bit festive.  Woo hoo!  Yep, Iced Vanilla Sconuts is me kicking up my blogging heels :) 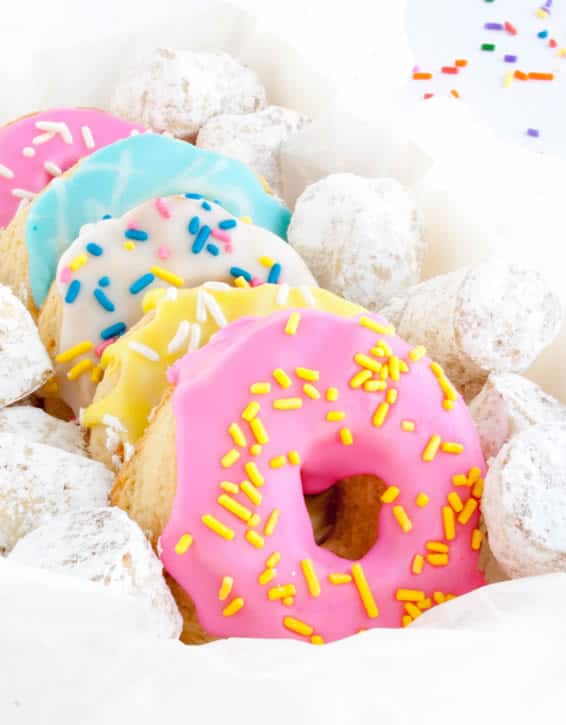 Oh, and on top of all this other stuff going on, I found out what it means to get some peer blog love. Last Thursday, a blogger that I’ve followed for years, Mel, from Mel’s Kitchen Cafe, named my blog as one of a handful she’s loving these days!  My Tandy Birthday Cake uses Mel’s Perfected Yellow Cake as the base.  Her recipes never fail me. 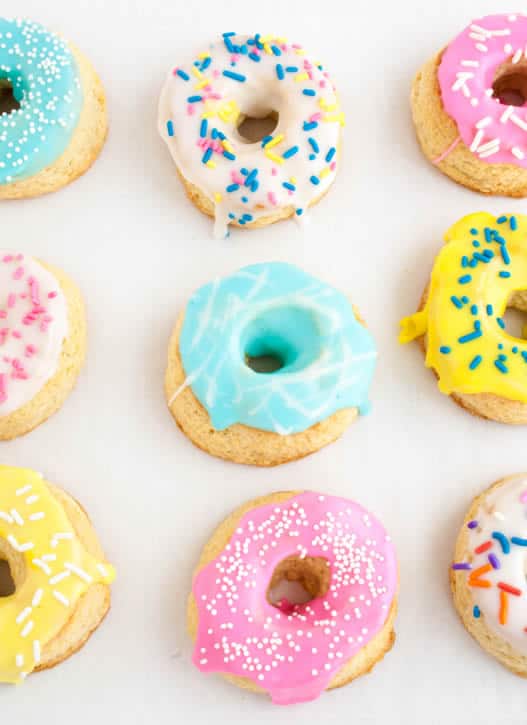 Then on Saturday, one of the first and longest bloggers I’ve followed, Jessica, at How Sweet It Is, included my Lemon Lime Cream Slab Pie in her Currently Crushing On post! I bought her cookbook, Seriously Delish, last year and met her at a signing.  What a doll!  Her recipes are inspiring! She introduced me to Grilled Fontina and Blackberry Basil Smash Sandwiches.  I think I made them every week for a month. 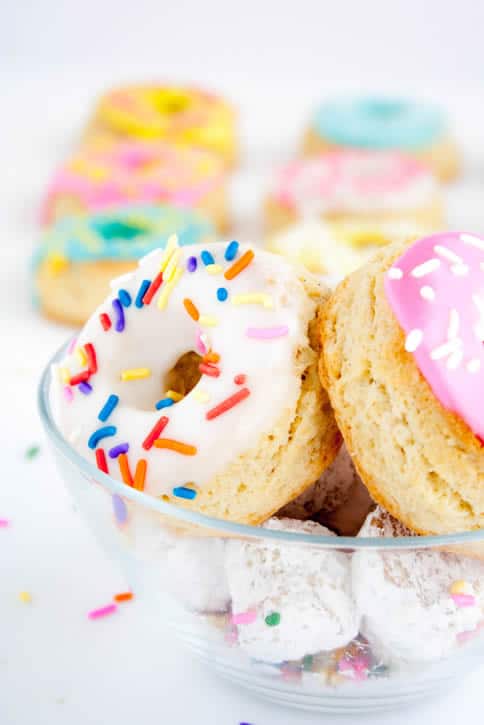 What does blog love do to a fairly new blog?  My site just about crashed on Thursday and I thought something was wrong until I figured out it was HUGE traffic gridlock.  So, for those of you who have been reading before the crash of March 19th, that’s why the site was loading sooooo sloooowwlly.  And for all of the new readers, (especially all of the new subscribers,) just know that it was not a typical day.  Thankfully, we were able to work with our hosting company immediately so that we could handle the larger volume… just in time for Saturday’s unexpected boom from Jessica! (What!?!) 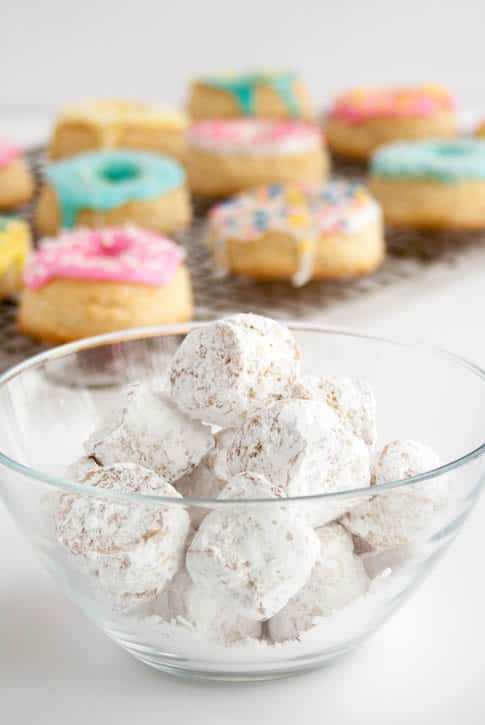 So, who could have expected all of that excitement just days before my six month milestone?  Not me, that’s for sure.  But I’m considering it a wonderful, unexpected and deeply appreciated gift of recognition.

Call the kids!  The wait is over! 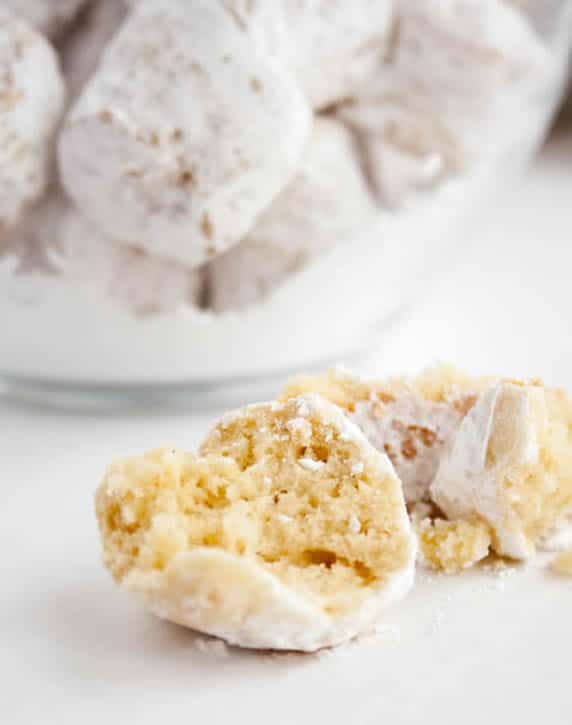 It’s time for some sconuts!

*Store baked scones well covered or in an air tight container at room temperature. Because of the high butter ratio, these will still be good the next day or even two.

*You can also freeze them after you cut and separate them on a tray, then put them in a zipped freezer bag to bake at a future time. Just add a couple of minutes to the baking time.

*Because of the hole, these will bake faster than if they were cut into triangles. Take care not to over bake or you will have dry scones. I probably could have baked mine a minute or two less than you see in the pictures. The holes will likely bake up a bit drier because they are so small. They are still very buttery so when rolled in powdered sugar, they taste like Russian teacake cookies. Alternately, you could just dip the holes in the icing for extra moisture.

*If you want to make regular vanilla bean scones, roll or pat dough about 3/4 to 1" inch thick in the shape of a square (see Favorite Cinnamon Scones) and cut into large or small triangles. After baking, you can ice the tops of them with the white vanilla glaze, or you could make the glaze much thinner and dip the entire scone into the glaze completely coating it.

*I added the nutmeg and the buttery dough flavor just for the sconut recipe. It is completely optional and I don't include either of them when I make simple vanilla scones. In other words, if you don't have them in your pantry, don't buy them just for this recipe.

These are so cute! And yummy. I just made them, but didn't realize until they were in The oven that the extracts and nutmeg didn't make it into the directions. They were good anyway, though!

Well, at least the extracts don't change how they bake, just the flavor. I hate forgetting an ingredient, but usually it's something critical that had to be in the recipe. At least with your omission, you still get plenty of sweet buttery flavor, so no big worries there. I'm excited to hear that you made them! Glad they were good even without the extracts :)

you just made my day and gave my vocabulary a delicious boost- sconuts!!!!!

Nope....never heard of them! But they do look fantastic! Very clever, but who would have known they were a "thing" already out there!

Haha that's why I didn't google before I put them in my book. But mine were fried. I liked these better!

Really? I should have known the queen of mashups must have conquered this category! But fried? Who knew you could fry a scone? :)

I'm squealing at the creativity of these SCONUTS!!! These should totally become a thing and skyrocket just like cronuts!!! I was literally LOLing at the part were your kids were begging for a bite; story of my blogging life:))) Congrats for being featured in these 2 awesome blogs; they're my long-time favorites too! You deserve it BIG time Ramona! You're recipes are amazing and your hard work and dedication really shows.

Thanks so much Tasbih! It means alot coming from someone who really knows her food and has such an amazingly beautiful blog filled with mouthwatering recipes! And, yes, I'm sure you get the pros and cons of having a mother who blogs...there's lots of stuff to try, but you just can't have it 'til the pictures have been taken!