So, apparently, last Saturday was the ultimate Pi day of the century. 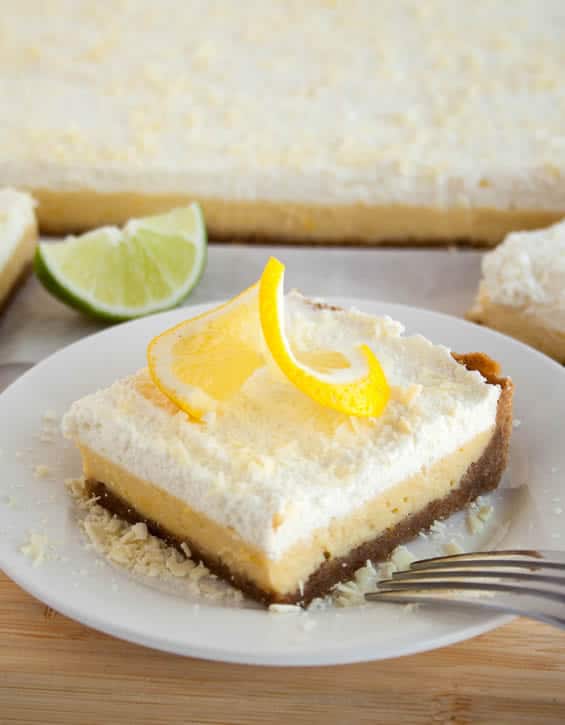 And I thought, for my very first blogger Pi day, I should join the rest of the million bloggers who would post a pie that day and share this wonderful Lemon Lime Cream Slab Pie.

It was planned on my editorial calendar… I bought all of the ingredients…but Pi day came and went and there was no pie.  Well, at least not one that I personally made.

I didn’t even know Pi day existed until two or three years ago, but my kids are all about it now.

If my daughter reminded me once, she reminded me a hundred times that this was the ultimate Pi day because this year, it was 3-14-15. Then she did a happy dance when the clock struck 9:26 a.m., because then, we were really Pi-ing it.

Why oh why was there no pie?  Probably because the last few weeks have been cah-razy busy and we had family in town that week for a special event.

But on our way to drop my sister off at the airport (on Pi day,) my kids said we must have pie to eat that day. They wanted to go home and bake one.  Um….no.

We weren’t getting home from the airport until 4 or 5 and I wasn’t going make pie magically appear shortly thereafter. So after the airport drop off, we stopped by Whole Foods and picked up a pie.  Done and done.  My daughter made a pi symbol on top of her slice with chocolate syrup, just to fully seal the deal. 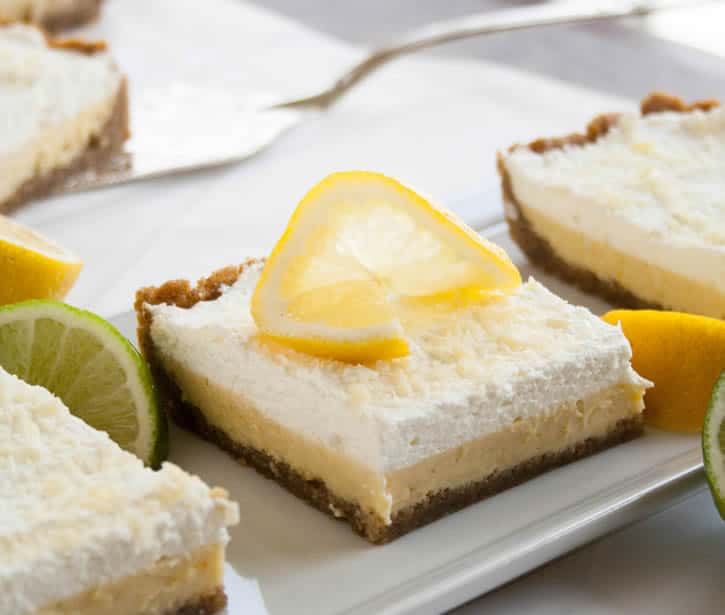 So here’s the pie that I had planned to post that day.  It’s another slab pie, one of the very best pie categories. Slab pies are just that, big slabs of pie that are baked on a sheet, not in a round pie pan.

You might remember Apricot Cherry Slab Pie? That is a family favorite.  I could wax on about how it has the perfect filling to crust ratio and how wonderful it works out when you need lots of pie for a crowd…or how much easier it is to slice than traditional pie, but, I won’t.  Check out the post and see that giant pop tart looking yummy thing for yourself.  Or, stay here and read on. 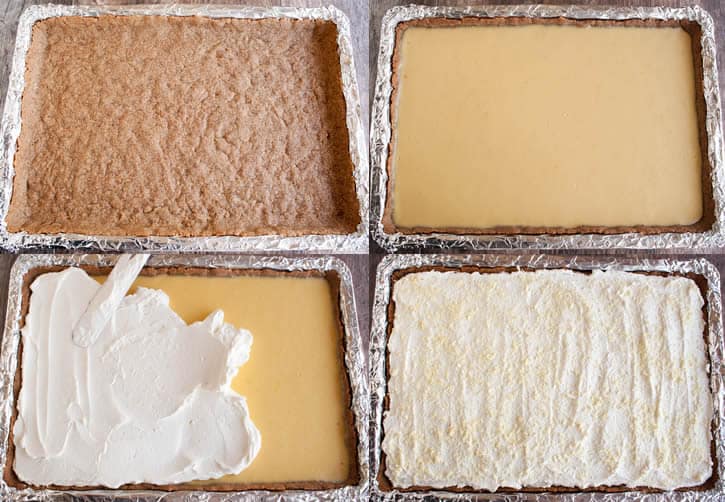 This slab pie has a cookie crust, so if pastry crusts intimidate you at all, this pie promises to be your friend.  The cookie crust is delicious.

If you haven’t made a crust with vanilla wafers yet, I urge you to do so. Not only is it easy to make, but it makes such a flavorful sweet, buttery, vanilla base for all kinds of pie.

I adapted this pie from my favorite lemon lime tart recipe. I didn’t make too many changes; I basically just doubled it and used butter instead of margarine and whole sweetened condensed milk instead of low fat, (because it’s what I had,) then topped it all off with whipped cream and white chocolate.

If you want to use the low fat sweetened condensed milk, go ahead. I usually do and it works just as well. And, if you don’t need pie for a crowd, cut the recipe in half and make a tart instead.

This Lemon Lime Cream Slab Pie is a pretty easy one, as far as pies go, and will be a wonderful creamy lemon lime slice of yum that you’ll love today, tomorrow or for a future Pi day. I think you should make it today, though, because every day…

*I actually fully assembled this dessert and covered it loosely with foil in the refrigerator the day before I shot it. It held up beautifully for the next day and even the day after. I think you're easily good for up to three days. Be careful with storage; if you have any strong flavors in your refrigerator, they may transfer to the pie.

*Update 4-20-15...I froze slices of the pie very successfully. I just wrapped each individually in wax paper, then tossed them in a freezer bag. It was good as a frozen treat and still delish when thawed.

*The sugar and cornstarch in the powdered sugar stabilize the whipped cream and keep it from weeping.

*Liquid egg whites are fine for this recipe, if you don't want to separate eggs.

*The pie has a creamy lemon lime flavor, it's not tart like a lemon square, which I also love. Next time, I might increase the lemon zest and add some lime zest to punch up the flavor even more, although everyone that's ever had it this way has loved it and wanted seconds.

*I might also try reducing the sugar in the crust next time to 3 Tablespoons. Great as is, but lately my tastes are edging toward a little less sweet.

*If you want a smaller pie, cut the recipe in half and bake in a 9" round tart pan. Baking times will remain the same.

I love the ratio of cream to citrus to crust. Perfection! Kari www.sweetteasweetie.com

I think slab pies always have the best ratios!

Karen @ On the Banks of Salt Creek

I made two pies for "Pi day of the century". Nobody complained. I love any dessert made with lemon. Unfortunately I'm the only one in my family who does. Darn, I guess I'll have to eat this all my myself!

Oooh that looks fabulous! I've never tried making slab pie before, but it sounds like a cool idea :)

Slab pies are wonderful for so many reasons! This recipe is an easy and delicious way to try one.

Currently Crushing On. | How Sweet It Is

Oops...sorry you missed the epic pi day. I think you might have made up for it with an epic pie though! Love lemon and lime pies so you might as well combine the two!