Roasted Okra. What a revelation! 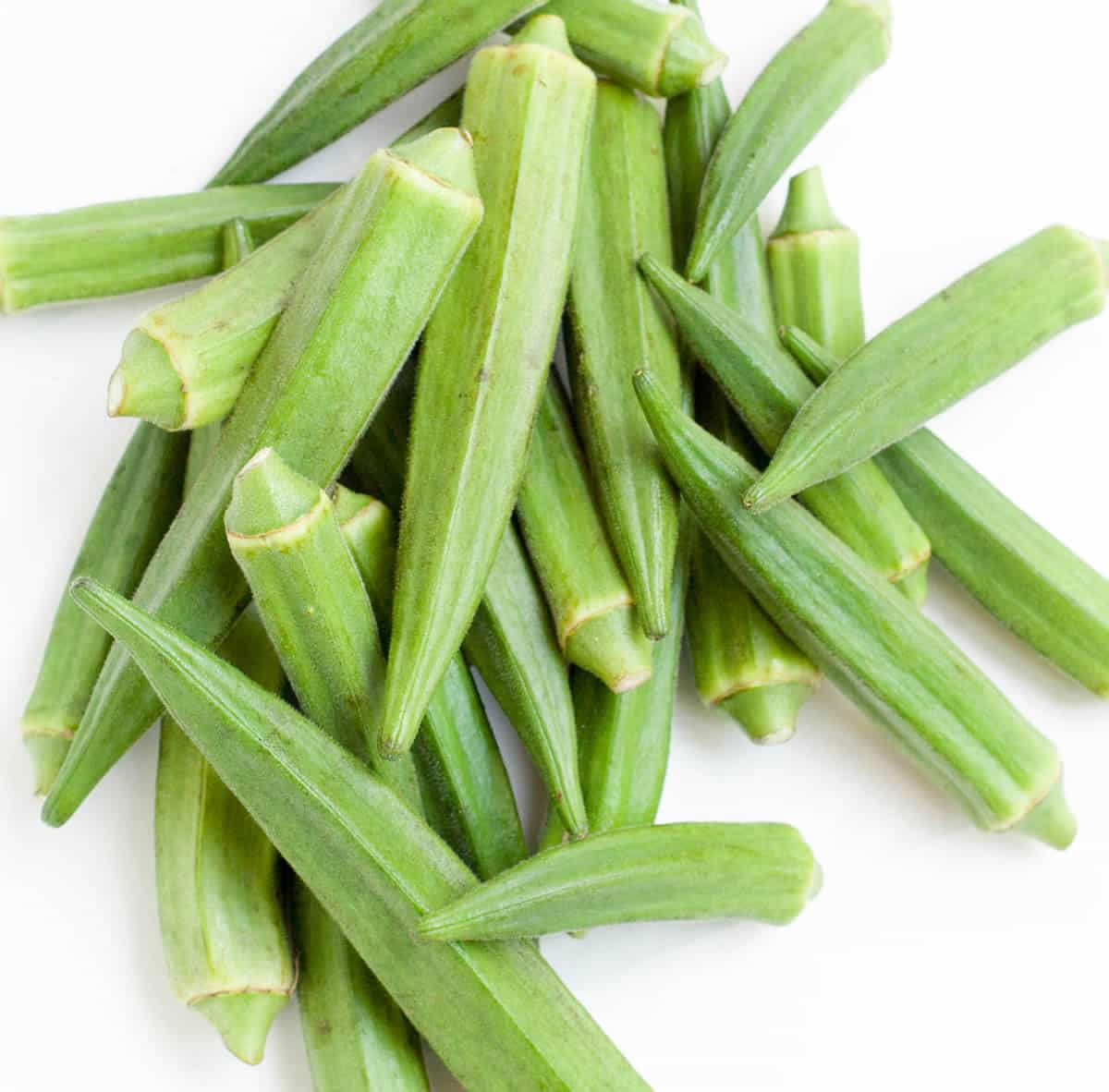 When my husband picked up our CSA box a couple of weeks ago, and it had okra in it, the first thing he said was, “So, we’ve got okra this week. Does that mean gumbo is on the menu?” Um, no honey. No gumbo.

It’s been blazin’ hot around here and the last thing I felt like making was gumbo. First, I’ve never made gumbo. I like it, but if I were going to make it on demand, then I’d have to do a whole bunch of recipe research and figure out where to start and what extra ingredients I might need, like filé powder. And who has time for that when okra was just one of many vegetables I needed to address? 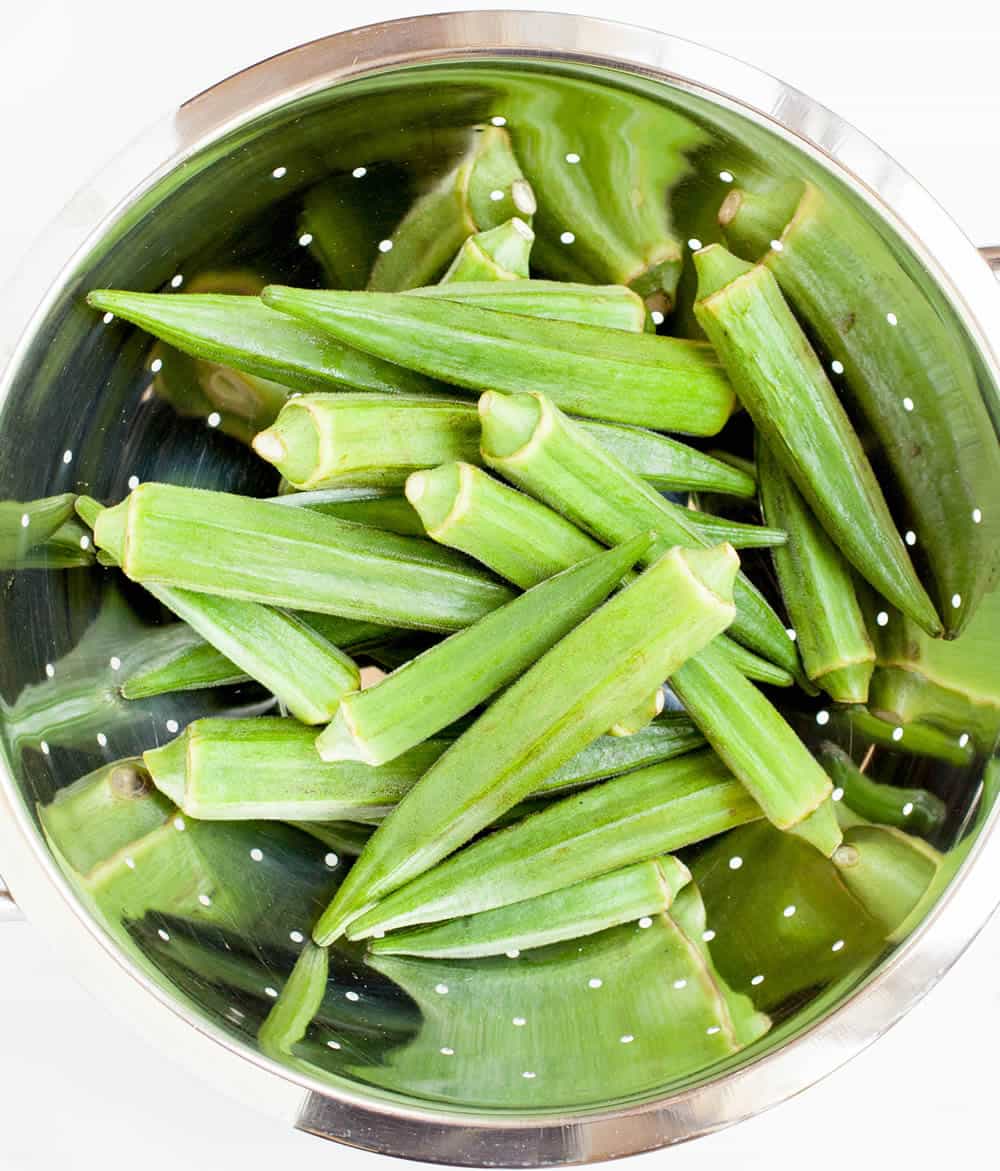 The last few CSA boxes have been insanely large. I mean seriously, I think they’re at least twice what we can realistically consume. So, I haven’t been too crazy inventive with recipes. Most of the time I’m filling six large sheet pans with chopped up veggies and roasting them. They’re delicious that way and they get eaten so much faster.

Trays of roasted veggies become side dishes or pasta/grain toppers or veggie sandwiches. I can puree them and make a quick soup. (I haven’t done any soup this summer. See gumbo comment above :) I can add them to marinara sauces or top pizzas with them. Before I know it, they’re gone. Phew! 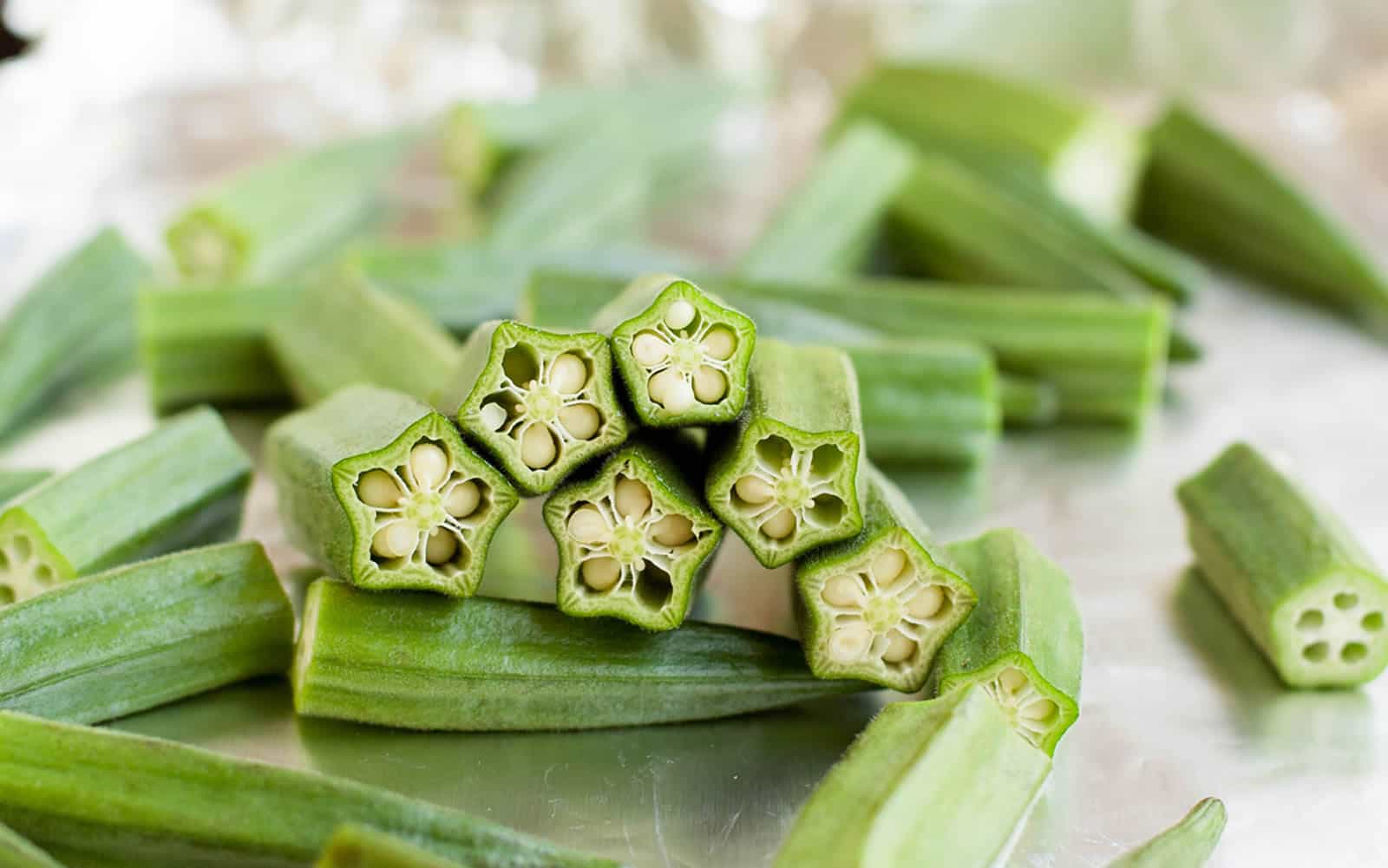 But this week, I had some okra to contend with. Turns out, okra is quite a nutritious vegetable, high in Vitamin C, K and a nice source of fiber. I like okra. But, I’ve never cooked okra. I never think to buy okra. That’s just one of the reasons we joined our CSA. It’s a weekly reminder to branch out and try new things, like rhubarb, which is now a new favorite around here. We loved Rhubarb Upside Down Cake and Strawberry Rhubarb Hand Pies. 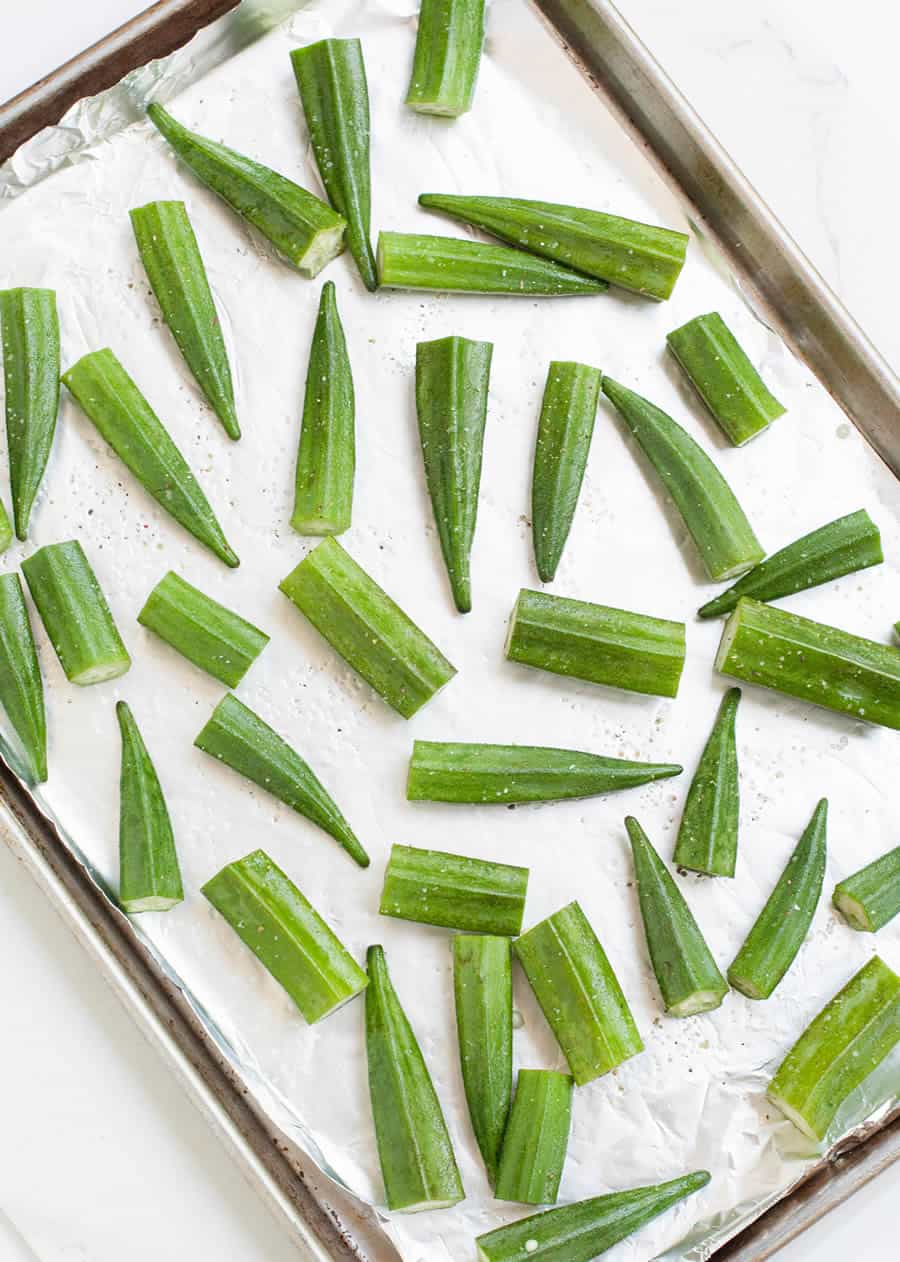 I had heard you have to do all kinds of special things so that okra doesn’t get slimy when you cook it. Sounded high maintenance to me. Then there’s the whole fried okra thing…not exactly a super healthy choice. I wondered if I couldn’t just roast it up along with all the rest of my veggies. I googled it and found out that I could. So, I did. I just chopped the tops off, tossed them with some olive oil, salt and pepper and into the oven they went. 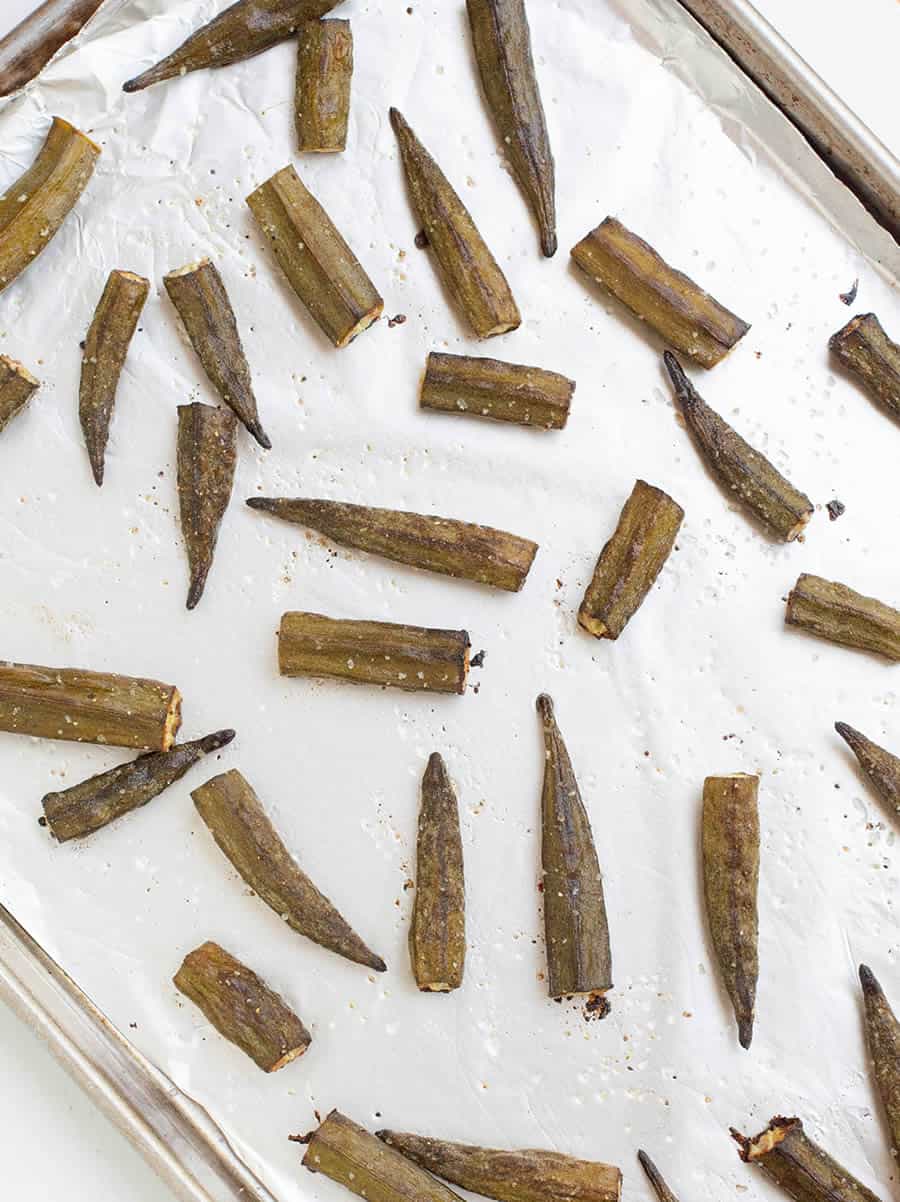 I served them as a side for dinner that night. Thankfully, I have kids who are not only open to trying new things, they generally embrace it. (Don’t be jealous, it was a lot of hard work to get here. #perseverance) Even though the okra looked a little alien to them with it’s odd shape and seeds, they tried it. We all did. And before I knew it, everyone was going back for seconds and munching on them like they were french fries! Oh my gosh, they were good! No evidence of any slimy issues, they were roasty, toasty and full of flavor. I don’t even know how to describe how they tasted. They’re mild in flavor. They’re not peppery or squashy or root vegetable-y. In some ways they were a little reminiscent of grilled artichokes? And we love artichokes, so these were a big hit with my family. 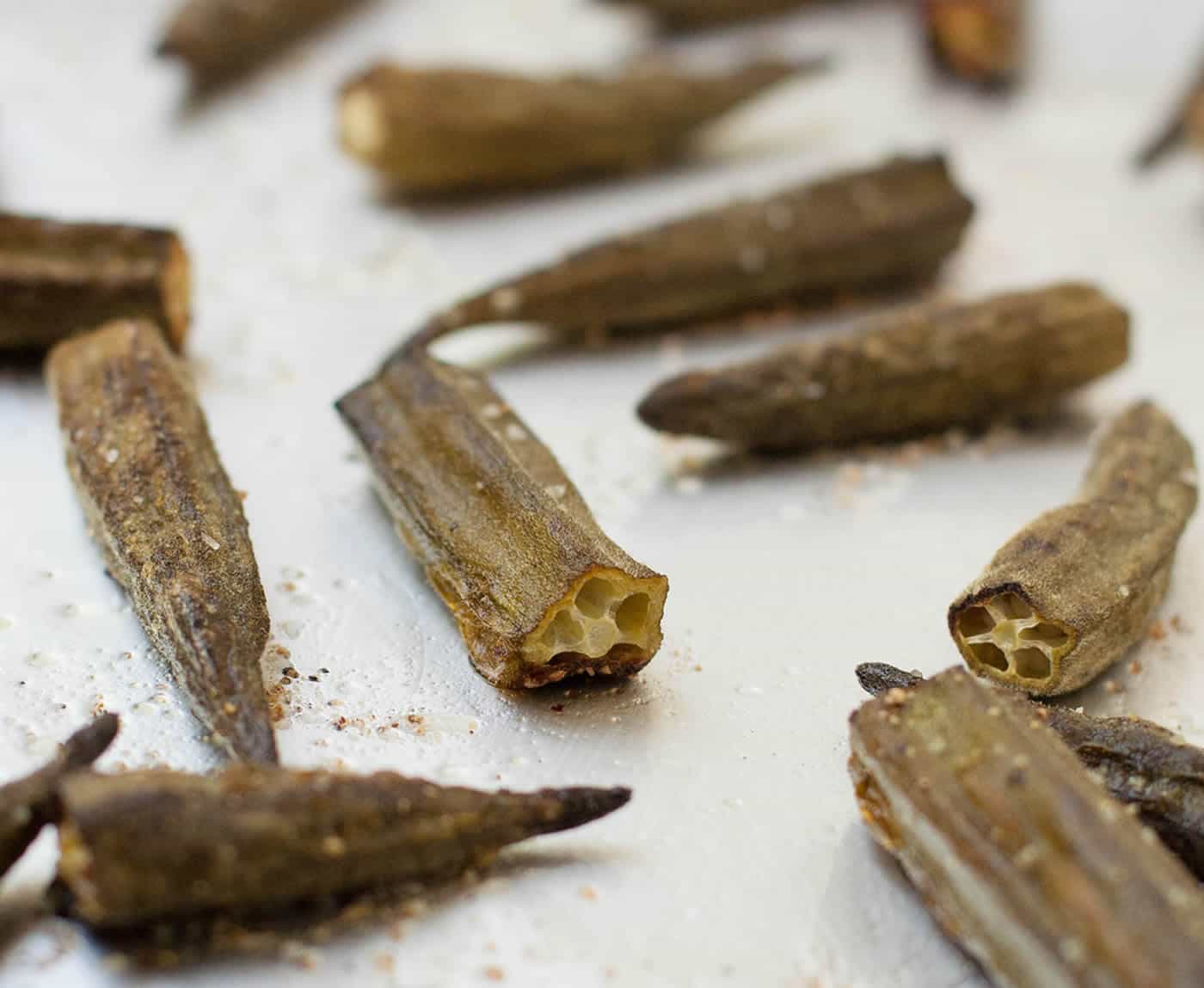 The first time we received okra, they were all fairly small and uniform in size. This time they were all different sizes. Some of them were as big as small bananas! So, instead of just cutting off the tops, I cut some of them in halves or thirds so that they were a little more uniform in size. They shrink A LOT during cooking. And I can’t say they look particularly pretty when they come out. I’m not gonna lie. They look a little alien pod-ish which is kinda cool when they’re fresh and green and a little less appealing when they’re brown and roasted. You’re just going to have to trust me on this. They’re really tasty!

A whole tray of okra, roasts up to a small bowlful of tasty bits. I think I ended up with about 2 cups. And that amount can serve 4 modestly, 2 generously 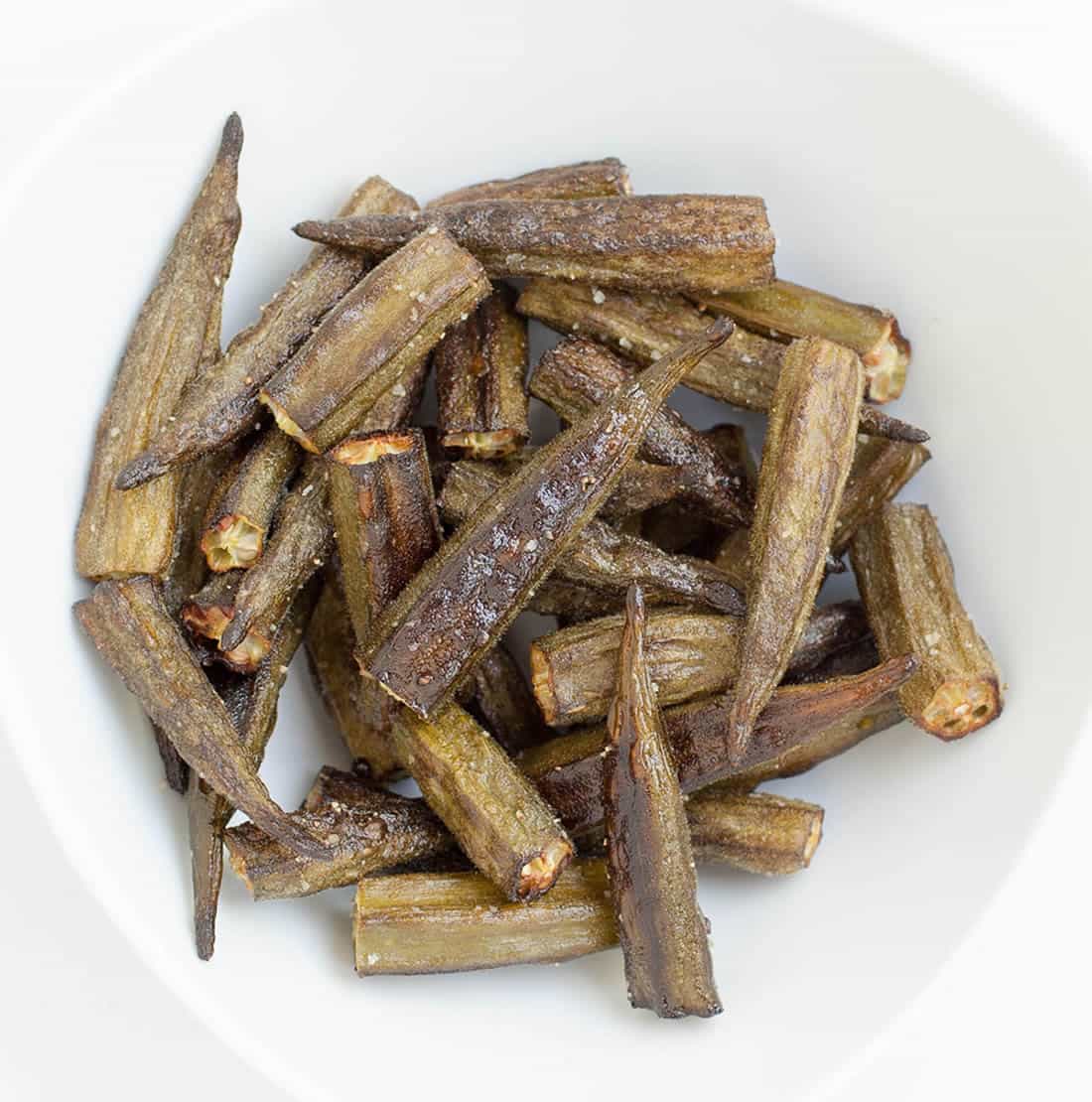 *I liked roasting the okra until it was a deep golden brown, but really just roast it to your liking. Okra can be eaten raw, so any level of cooking will be fine. I loved getting some crispy edges.

*I wrote 1 pound of okra in the ingredients list. That's simply an estimate. The bag that I got from my CSA was probably somewhere between 1 and 1 1/2 pounds. If I were to buy it, I would probably buy enough to roast up two sheet pans worth. It was that popular with my family.

OMG, okra is my FAVORITE! This looks like the best thing ever.

Awww, thanks Jessie! I just got my first "yuk" as a blogger after sharing this on another social media channel :( All I can say is don't knock it 'til you try it! I'm so excited about this way of cooking it! So glad to hear from another okra fan :) You've got to try it!