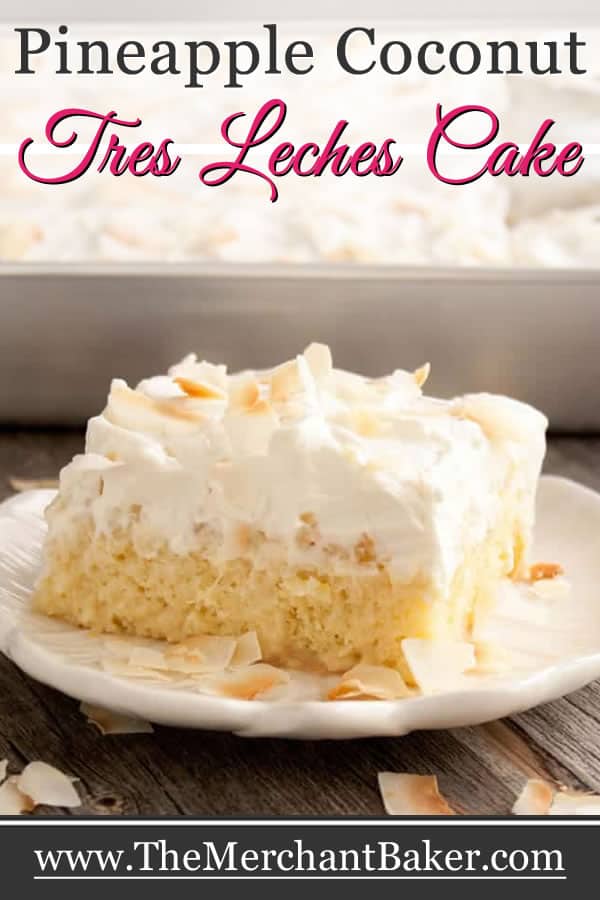 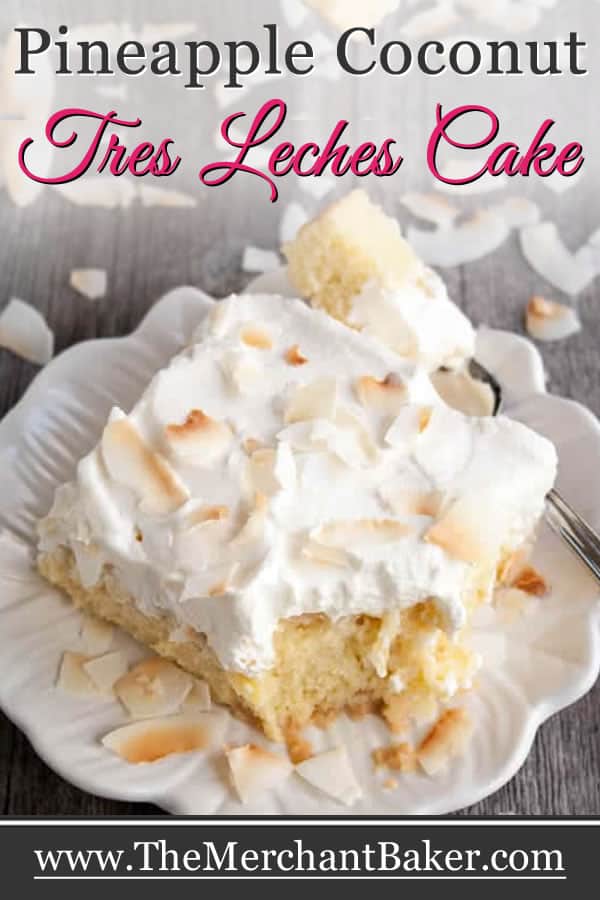 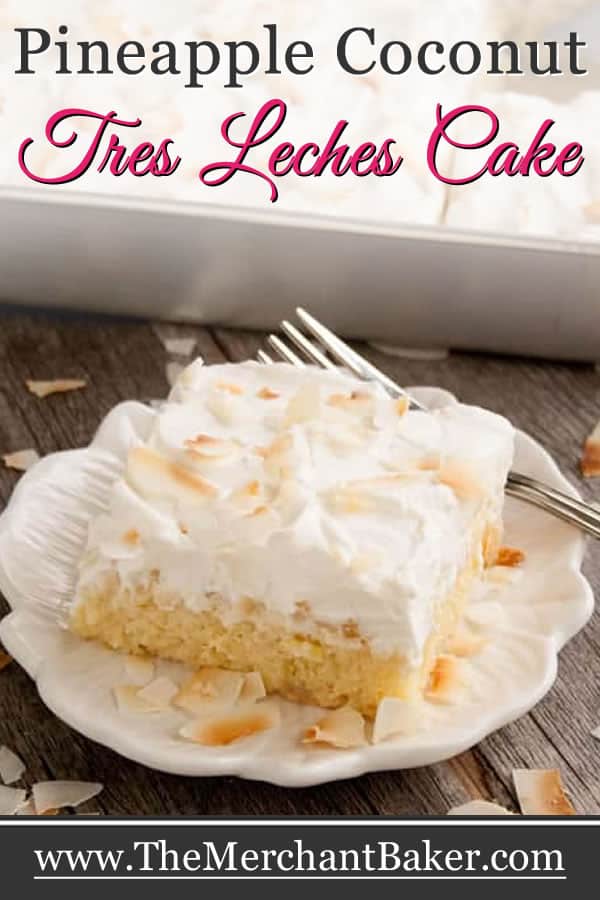 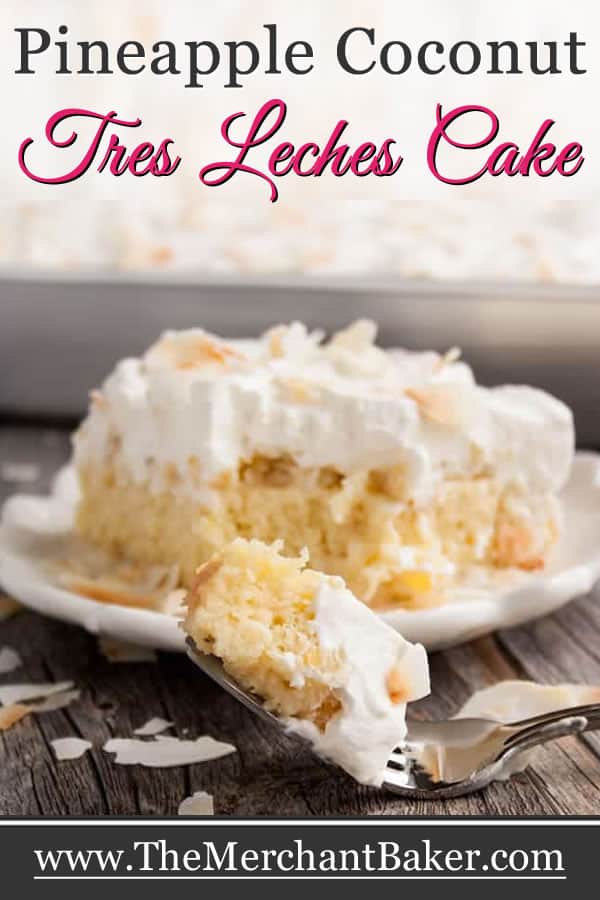 Everything that is wonderful about this cake is in the name. 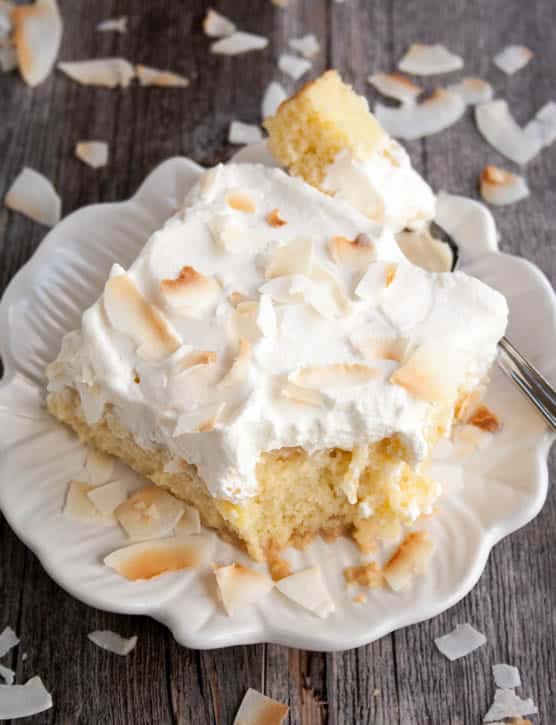 A group of us sat in a separate room to observe and take notes as multiple focus groups filed in and out, answering questions and giving comments. 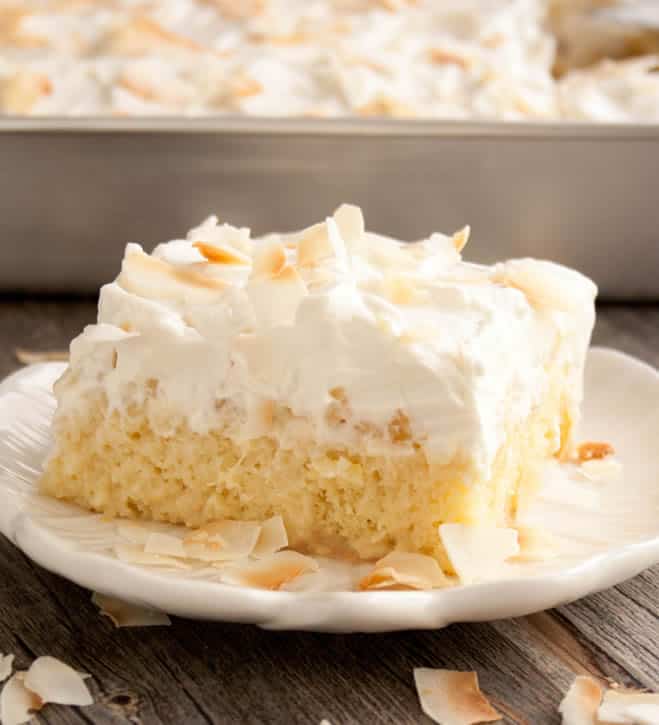 At some point, someone ordered us some lunch so we wouldn’t miss any observation time.  I honestly can’t remember what we had for lunch, but dessert?  (Wait, they ordered dessert?) Dessert was tres leches cake.

It might have been the fact that we were all trapped in that little room all day, but one bite and I was sure it was the best tres leches cake I ever had.  I continued to take notes, but savored every bite of that cake.

Flash forward to my daughter in second grade.  She had just finished a unit on Costa Rica which was to culminate in a colorful play followed by a small food reception. I offered to make tres leches cake.

I’d never made one before but I love to research recipes and eventually found one that looked good to me.  It was an easy recipe, but needed to be made the night before, which was perfect because I wasn’t going to have time to bake the day of the play.

The cake was a hit with both the kids and their parents.  What’s not to love?  A delicious cake soaked with a sweet milk mixture (three kinds of milk) covered in whipped cream? That’s a dessert with my name written all over it.

When made properly, the cake is fully drenched, but not soggy, and won’t fall apart on you. (Although, if you are a person that doesn’t love cookies or donuts dunked in your beverage of choice, this may not be the cake for you.) Between the eggs and the butter and the milk, it kind of tastes like a cross between custard and cake.

My daughter’s Spanish teacher, who happened to be from Costa Rica, said it was the best she’d ever had in the states and it reminded her of home. Considering I didn’t even test the recipe  (I know….risky) before I made it for the event, I was quite happy with that review. 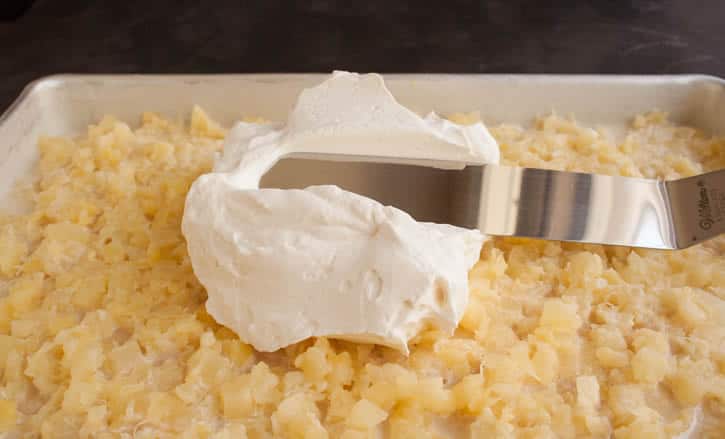 I’ve made it a few times since, but this year, I decided to try something new and switch up the flavors. I’d been working on some pineapple coconut recipes, one which was great, the others….well, the photos were beautiful, but the recipes needed to go back into development.

I decided that this cake would be a perfect canvas to nail something on the first try with pineapple and coconut.  I just made a few switches…I used a light coconut milk as part of the soaking liquid, covered the whole cake in crushed pineapple, then sprinkled some toasted coconut on top. Easy, no fail, pineapple coconut treat.

And the taste?  My husband was skeptical after sampling all the failed pineapple coconut recipes of the previous months.  In fact, he was over that whole flavor combo. But he loved it and wanted seconds.

I loved the creamy cake with pineapple.  It reminded me of a pineapple cream dessert we used to have when we were kids.  The slight acidity of the pineapple is a nice counterpoint to all of that creaminess in the cake and topping.

The coconut milk adds a nice mild flavor that is punctuated further with the toasted coconut up top. The pineapple and the coconut definitely bring some new textures to this otherwise creamy cake, but we loved the new flavors they added. 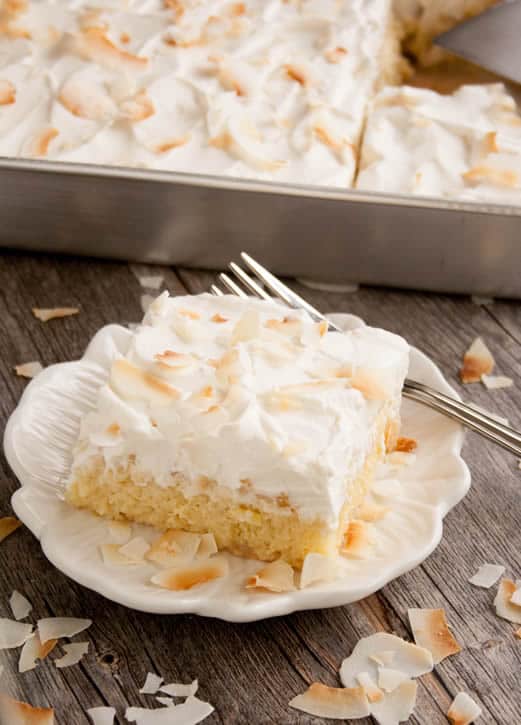 Here’s another idea…take this Pineapple Coconut Tres Leches Cake and add a little rum to the milk mixture and you could have a more adult pina colada version of this dessert.  Or, if you want a stronger rum flavor, you could even soak the pineapple in the rum.  So many possibilities…

Today, however, my cake is rum free and family friendly. And, I don’t need to sit through a focus group session to know that… 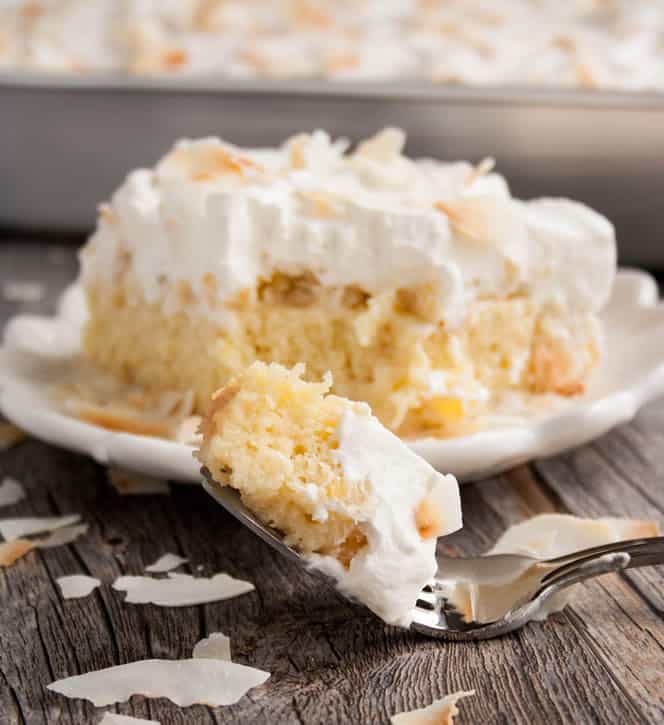 this one is a winner.

Pineapple Coconut Tres Leches Cake. A twist on the classic made with coconut milk, a layer of crushed pineapple and topped with toasted coconut!

*Store cake covered in refrigerator. Once the cake is thoroughly chilled, you should be able to cut pretty clean squares. Mine only chilled for about an hour, so my whipped cream was still a bit soft.

*I actually thought the cake was best on day two, after the pineapple had time to soak up some of the moisture from the cake and topping. I had drained the pineapple very well and pressed it against the side of the strainer. I wanted to err on the side of drier so that there wouldn't be alot of added liquid on top of the cake. But it needed the moisture of the cake to rehydrate a bit.

*I just lightly sweetened my whipped cream because the dessert is already sweet. If you like a sweeter whipped cream, you can double the powdered sugar or add even more to taste.

*Make sure you thoroughly poke the cake. I like to use a fork and poke every half inch or so until the top of the cake is covered in tiny holes.

*For a more traditional tres leches, use half and half instead of coconut milk for the glaze, omit pineapple and toasted coconut.

*For the coconut, I bought the large, unsweetened flakes in the bulk aisle. I spread them on a foil lined baking sheet and toasted them in my toaster oven. They can burn quickly, so stay near the oven to watch them!

I had to recomment also, that topping I have been searchinggggg for all over since I moved from NYC to Florida and could not find it anywhere. You have a new subscriber, oh my gosh you saved the day

I HAD HAD to comment. I have tried tres leches 13 recipes. NONE came out to the right texture. You saved my life. I cried when I ate this the day after. My goodness. I just honestly have no words for how good this is and with the perfect texture I have to thank you so much. I am pregnant and craving this, no lie, it was so darn good, that I ate the entire cake in 2 days (don't judge)

Well Candice, you've certainly made my day today! What amazing feedback! Thank you! And yes, I have to agree, it is so good it's hard to resist splurging on seconds and thirds! It's nice to know that The Merchant Baker can save lives...one cake at a time! lol! :)

Oooh! I love your variation with mango and mint, Graeme! It sounds delicious!

I just made this and it came out PERFECT!!! A hot. Thank you!

I love this cake, Cristina! I'm so happy that it came out perfectly for you!

Found your recipe a couple of months ago and have been looking for an opportunity to make it. The problem being that it makes such a big quantity when there are only two of us at home I decided to make the whole cake, but cut it in half and froze one half. Then halved the milk mixture and soaked the cake. We had two friends over for dinner tonight and served the cake. Utterly delicious! The pineapple was a nice edition. Made it very fresh. I was surprised and delighted by the texture. So thank you for sharing. And I still have a piece to have tomorrow! Thought: switch it up and add the rum and some finely shredded fresh mint to the pineapple for a mojito tres leches!

Patricia, sounds like you came up with the perfect solution for scaling down the cake. I'm glad you were able to find a way to make it that worked well for the portion size you needed. I love that cake :) And, I love your mojito idea! You could even add some lime zest to the whipped cream or the cake. The whole idea sounds yummy!