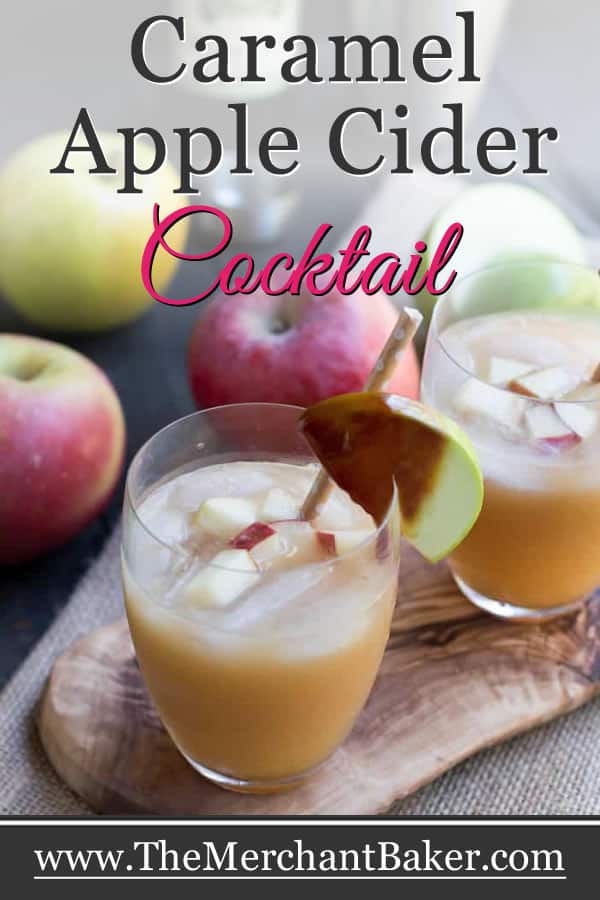 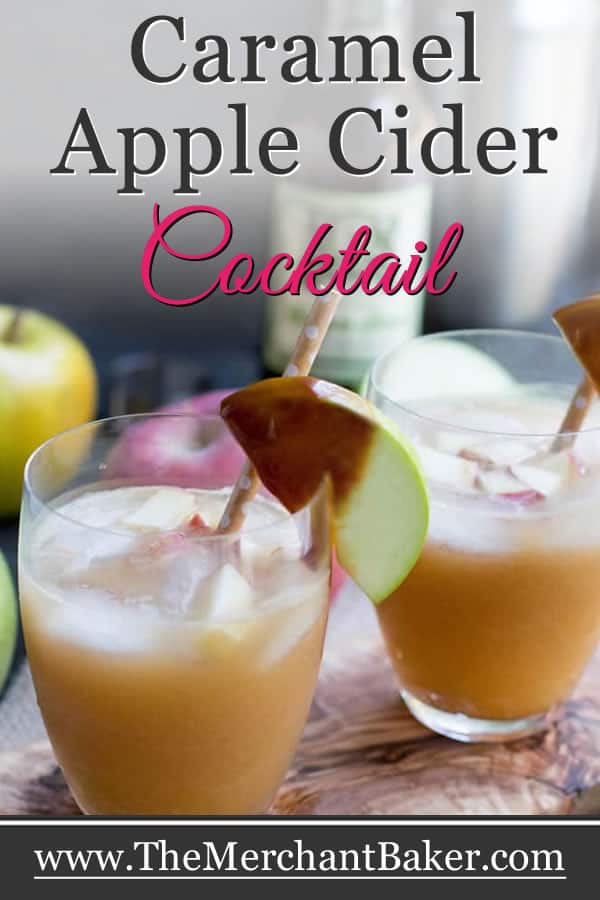 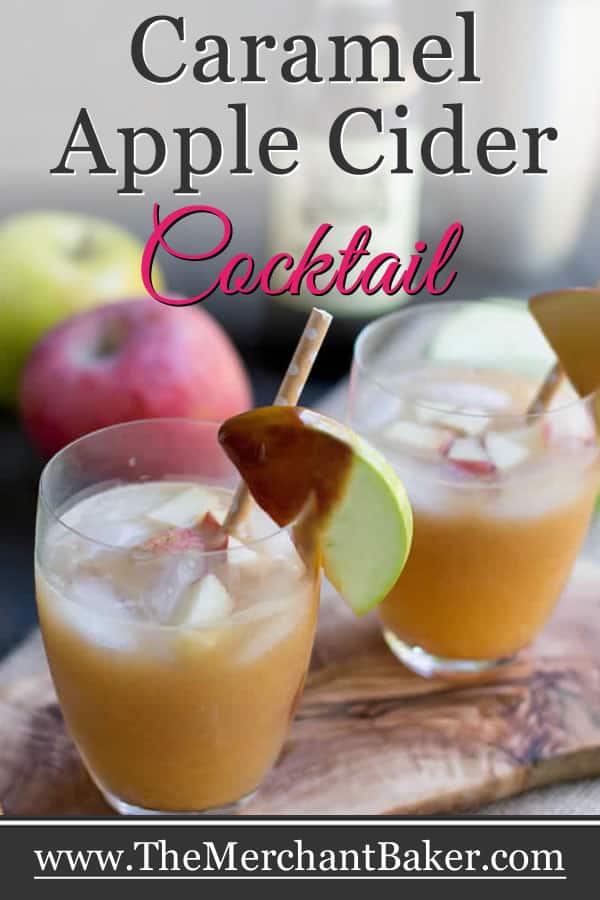 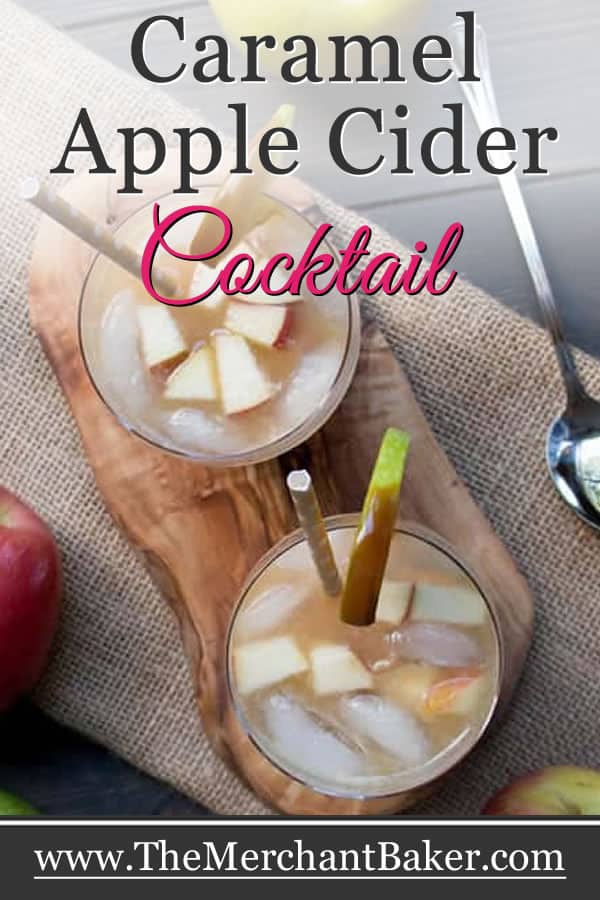 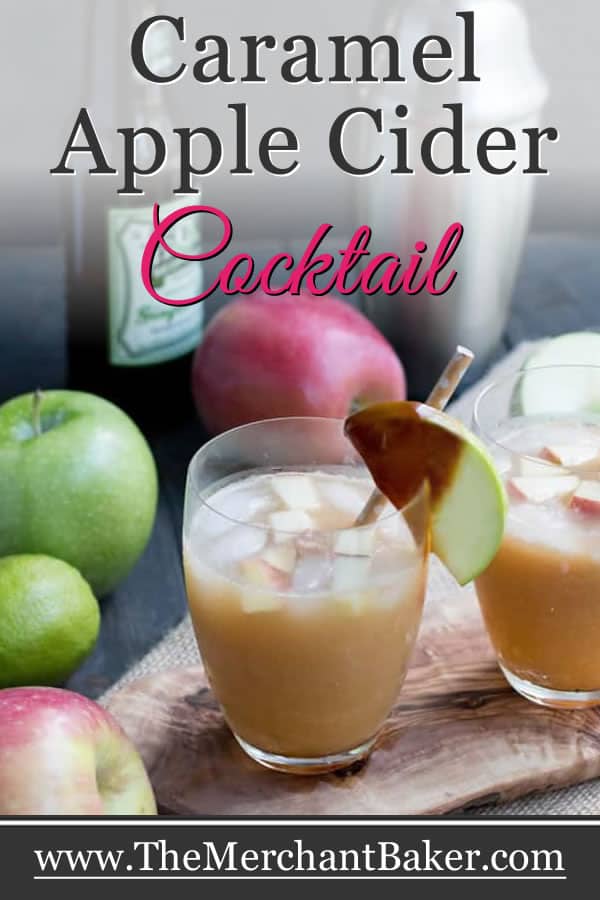 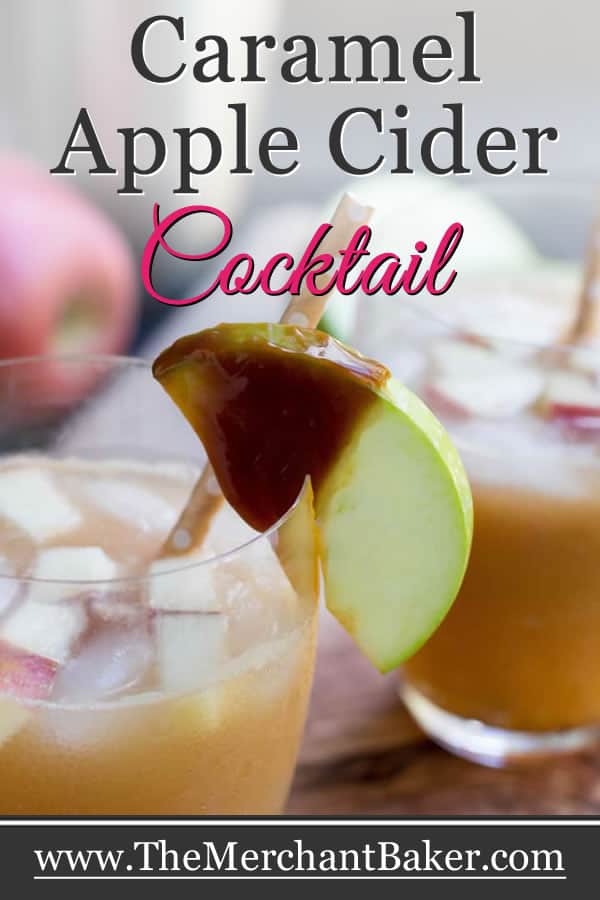 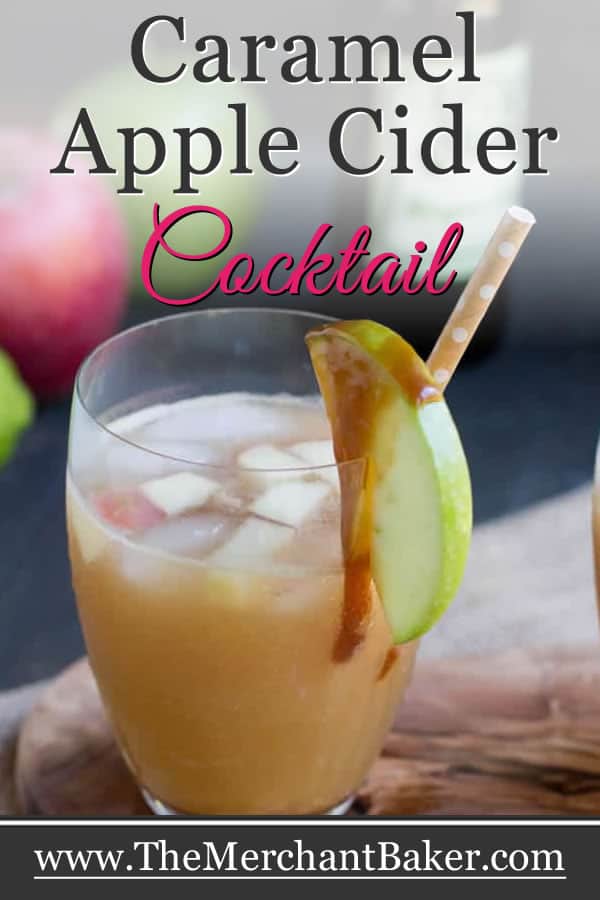 I had planned to post this Caramel Apple Cider Cocktail this past Monday. It was the day that marked the third anniversary of The Merchant Baker blog. 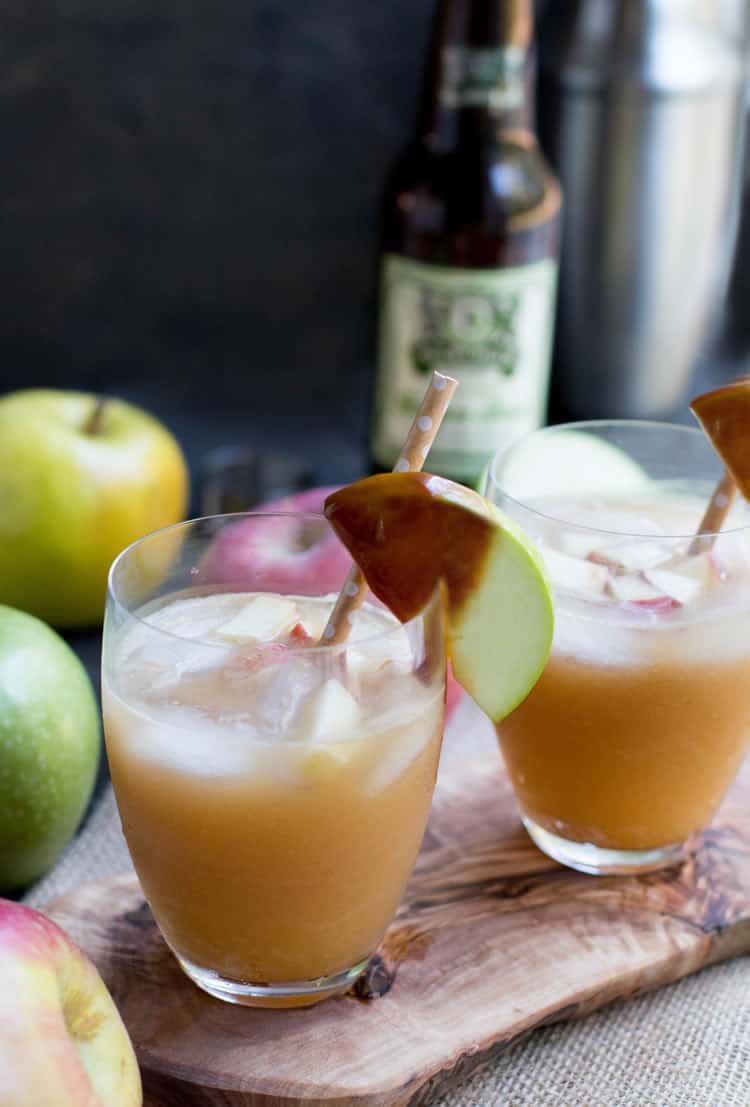 I had planned it to be a bonus post…one that would be in addition to my regular weekly post.

Plans are good. I love plans. I am definitely a planner kind of girl. Give me some paper and I’ll make a list. Ooh, or maybe I’ll create a whole chart of how things are going to be. (Yeah, my family “loves” my charts.)

Among other things, plans help us to organize our lives, set expectations. And, they can help us to achieve goals.

Sometimes the universe ignores your plans and instead, throws you an unexpected left hook. And then a right hook. It can knock the wind out of you. It can be disorienting. It can throw you and all of your plans off course. It can render you speechless.

And, if part of your plan is to write something as simple as a blog post…well, that can be difficult, even for someone who can write a thousand words without blinking. 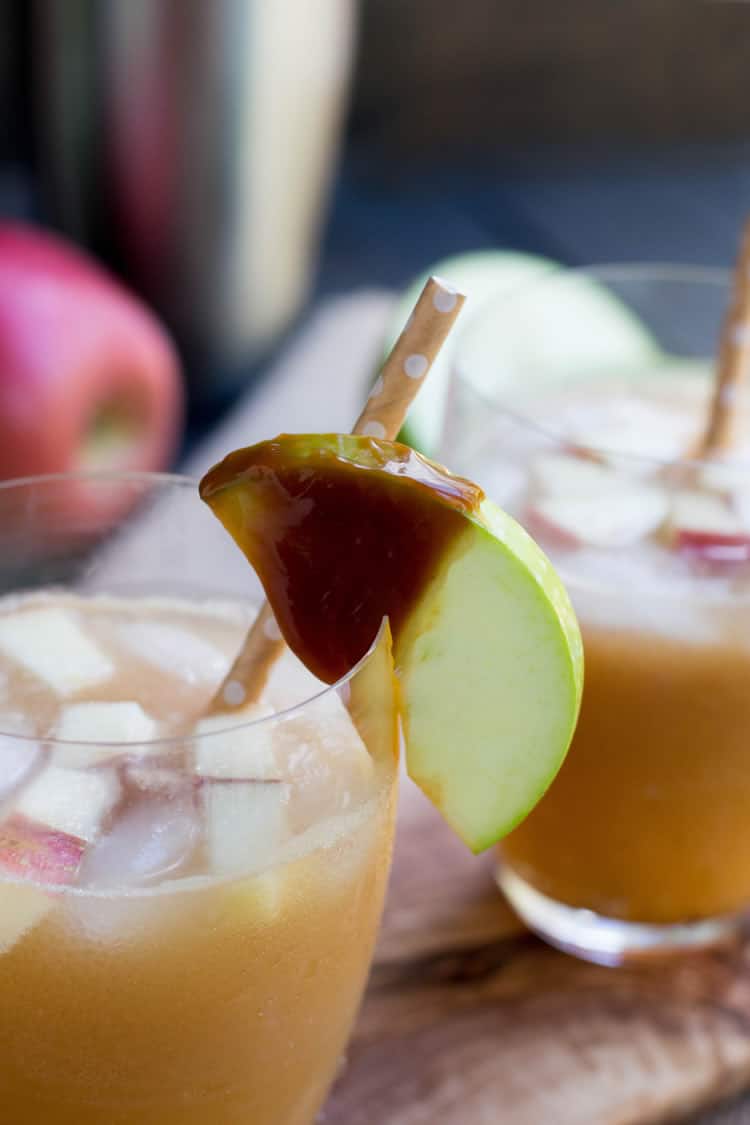 Along with plans, I have a thing about commitment. I had delayed starting a blog years earlier because I wasn’t sure I could commit to something long term. And, I didn’t want to start something and not finish it. Or say I would do something, and not do it.

I remember volunteering at an event at my kid’s school. It was one of my first volunteer events. When I arrived, I asked what they would like me to do. My job was to make sure the kids followed the rules and stayed safe during the activity. 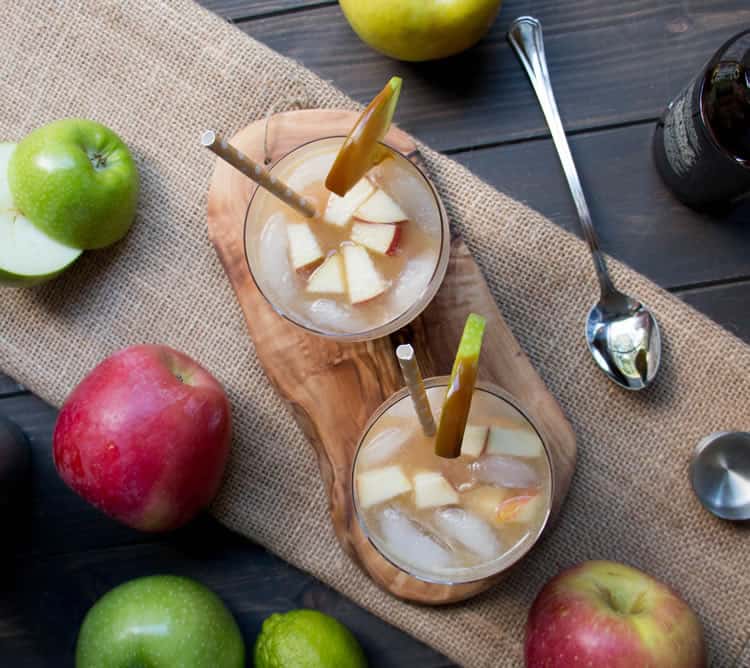 We had shifts, and when my shift was over, no one replaced me. I asked the person leading the charge if she wanted me to stay or if she had someone else. And, I remember her saying, “No one’s going to fire you for not doing your job, Ramona. Just leave. It’ll be fine.”

But, hey. I take my jobs and commitments seriously. It doesn’t matter if I’m managing a half billion dollar business or making sure kids stay safe at an event. Or writing a darn blog post. Big or small. If I’m in. I’m in. At least that’s the plan.

I started this blog to provide myself a creative outlet and to learn something completely new. I needed a place to do something…build something…while I was still figuring out what else I might want to do.

And it’s been quite the journey. I almost hate saying that phrase because words like “journey” or “being authentic” have been used so often in recent years that they’ve just about become cliche. I feel like they’ve been weakened by overuse. But yes, it’s been a journey.

Even though it’s been a small endeavor, it’s been a meaningful one. It has provided a creative outlet for me whether that’s developing recipes, honing photography skills, creating marketing materials, writing… 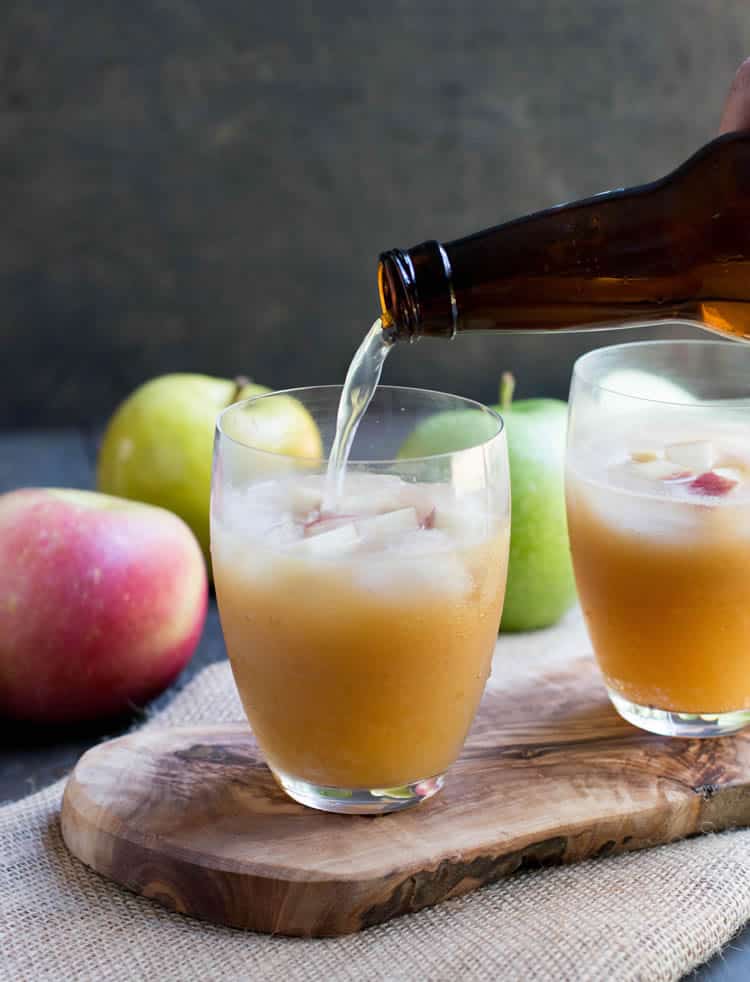 It’s been invaluable to learn, first hand, about social media marketing and SEO and advertising and a whole host of things an entire marketing division used to handle for me in my old corporate life.

I’ve been challenged in more ways than I thought possible. I know, from the outside, this whole food blog thing looks pretty simple. I found out it was far more time consuming and challenging than I had imagined.

Of course, it is what you make it. I’m sure it could be infinitely simpler if I had lower expectations. But, I have high expectations and require myself to meet those expectations.

After all, I know better than anyone, if I didn’t publish a post this week, no one was going to “fire” me. But I have expectations and I have commitments. And that drive has lead to a successful blogging experience.

In addition to all of the interesting challenges and unlimited learning opportunities, I’ve connected with people that I may never meet in person, but who have been just incredible and lovely human beings.

What a delight it is to read a kind comment on a very trying day! Or, to connect with a virtual friend who shares some of the same challenges.

I think for that reason alone it’s worth celebrating three years at the helm. What an amazing opportunity I’ve had to connect with readers, other bloggers and people in businesses that support bloggers. It’s a large, diverse and supportive community.

So, three years in, I’d like to take the opportunity to thank all of you who are following along and sharing this “journey” with me. It’s had its ups and downs, but overall, it’s been a pretty amazing experience.

And then I thought about creating a drink. It would have been a hot drink, save for the fact that it’s been a hot and humid September, and I couldn’t bear the additional heat.

To celebrate, I created my first “grown up” beverage post. I made a Caramel Apple Cider Cocktail.

Since I’ve taken a deep dive on everything apple this month, I thought it would be fitting to stick with that theme. (And, yes…there’s still more apple goodness to come, so apple lovers rejoice. Everyone else, don’t worry, I’ll be moving on to something else soon…) 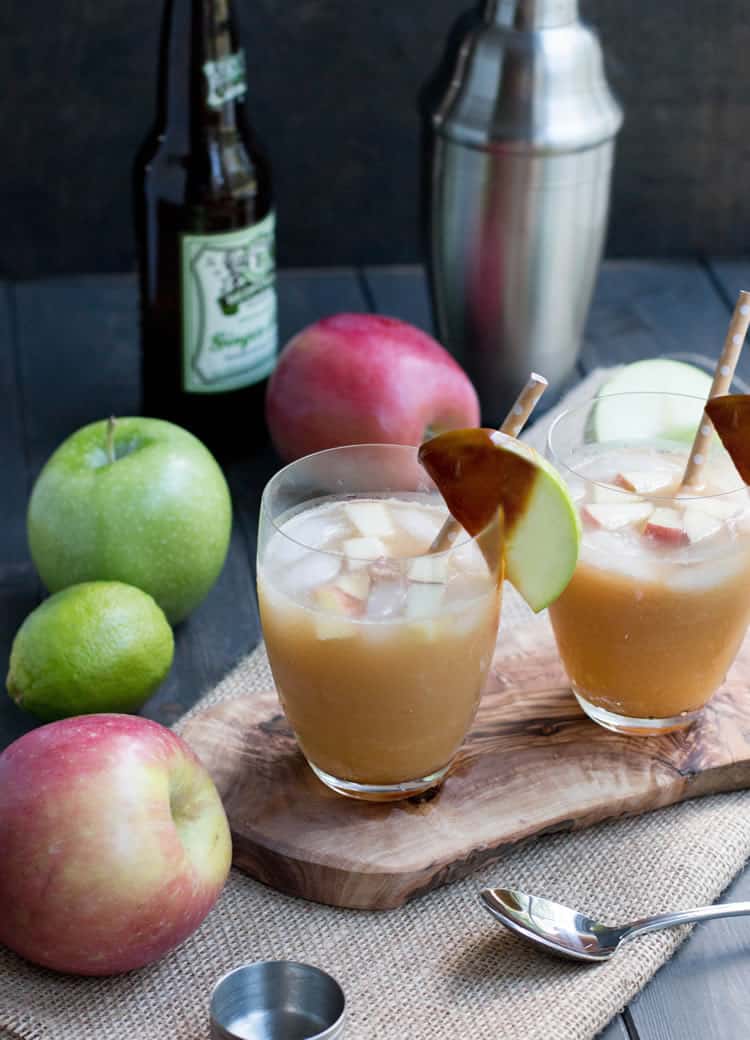 So, I set out to create a simple cocktail. (This was before the universe had other plans.) And, clearly, it takes some practice to become a mixologist. Let’s just say there was a lot of trial and error involved.

Before I knew it, I had glasses all over the counter with different ratios and ingredients just trying to find the right balance and taste. 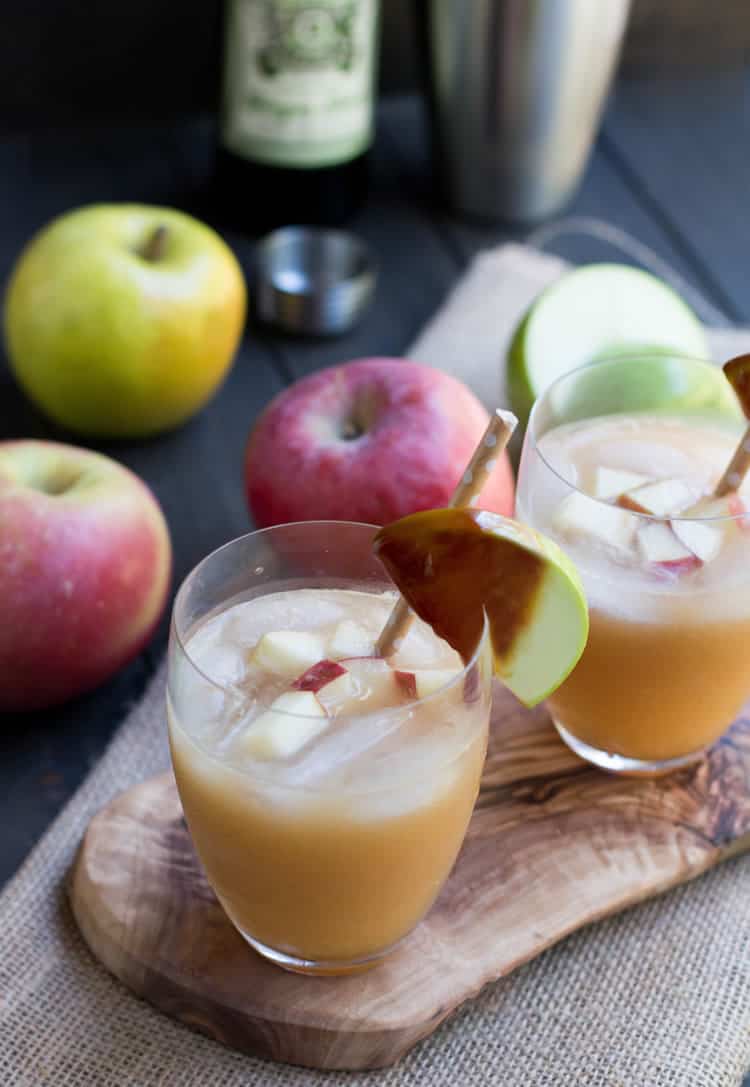 I decided to use rum for this drink, though I think vodka could also work well. I added a bit of fresh lime juice. Don’t add too much, it will overpower the other flavors. But you do need a bit for balance.

I topped it off with some cold ginger beer and voila! A Caramel Apple Cider Cocktail.

It’s a fun little drink and it’s the one I made to celebrate my third anniversary. 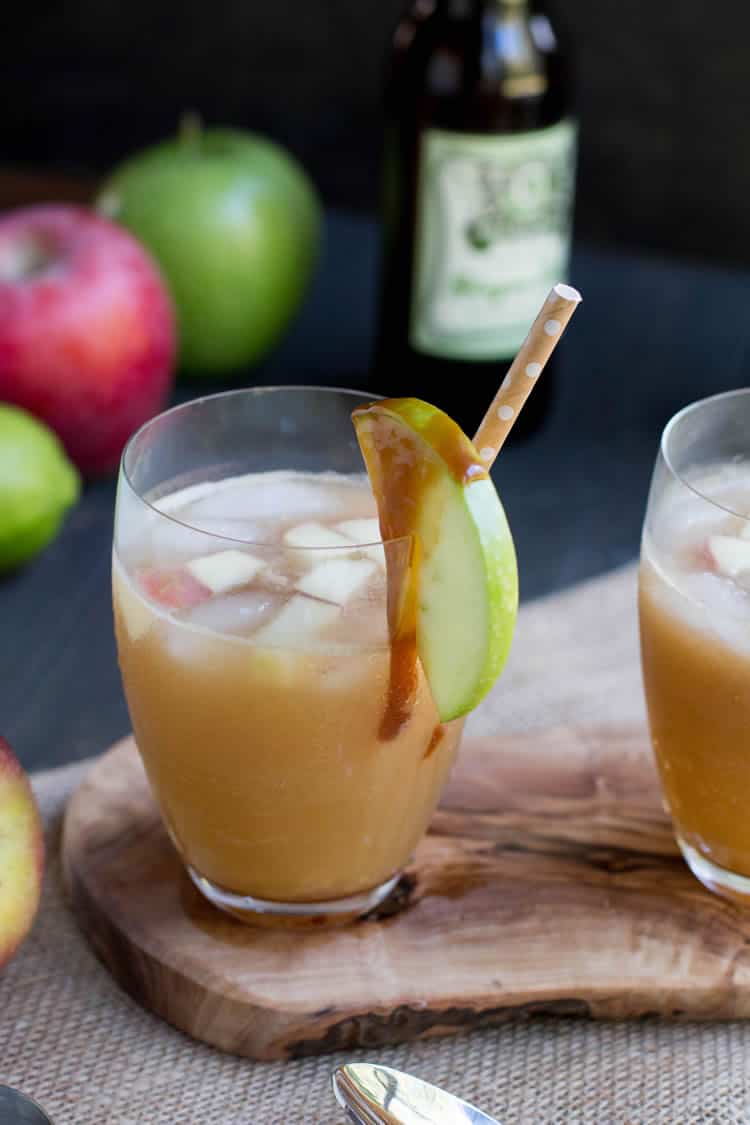 *I went smaller with the size and lighter on the amount of rum than one might. If you want a stronger drink, feel free to adjust to your taste.

*You can substitute vodka for the rum, if you'd prefer. For either rum or vodka, choose plain or have fun with apple or caramel flavored varieties.

*Add a dash of cinnamon before serving for a little extra spice. I was tempted to do that, but decided to keep a cleaner caramel apple flavor.

*You can use any caramel sauce, but if you happen to have made my Apple Cider Caramel Sauce, it adds lots of apple flavor to the drink.

*You must use freshly squeezed lime juice. No cheating with juice out of a bottle.

*I only had regular ice cubes on hand. This would be better poured over a large ice cube; you'll get less dilution that way.

Congratulations on 3 years of yumminess! Love your blog, love your writing, love your personality and commitment. Hope things are looking better soon. I really appreciate all of your hard work.

Thanks, Cyndi! Your incredibly kind words mean a lot :)