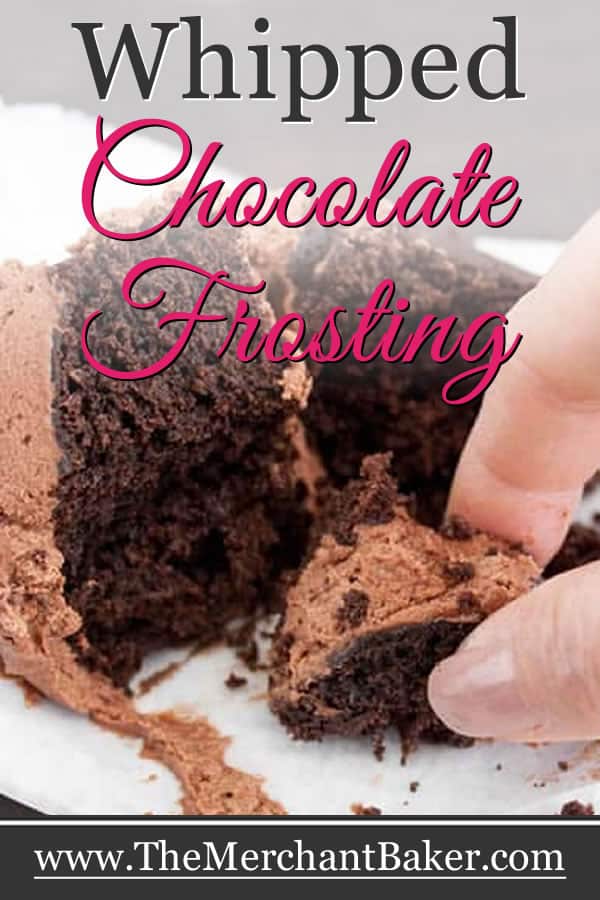 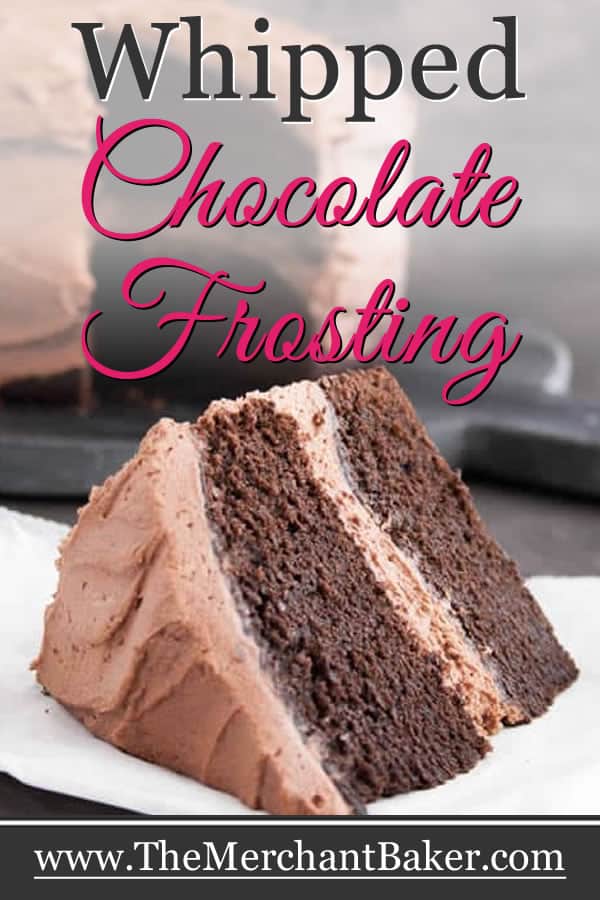 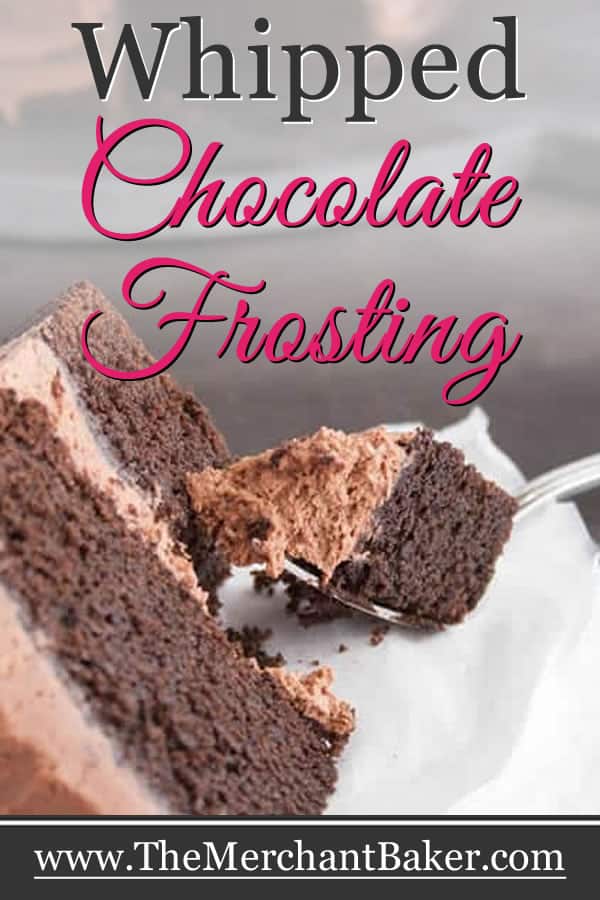 I made a promise last week. 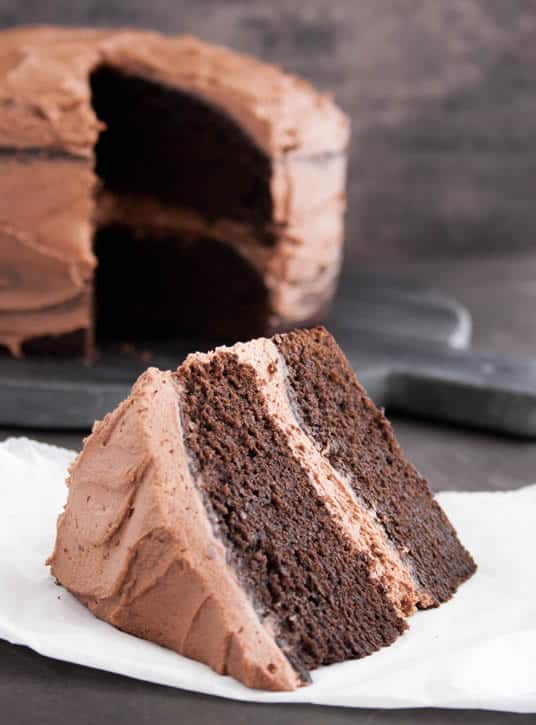 Today I’m delivering. This is the recipe for the Whipped Chocolate Frosting I used on the Pac Man cake from last week’s Flashback Friday.

My favorite frosting is Whipped Cream Cream Cheese Frosting because it has none of the issues listed above and because it’s met with rave reviews every time I make it.

That recipe was also the base for the Irish Cream filling and frosting I made for the Chocolate Stout Cupcakes. But, you can’t have only one frosting in your arsenal, so I’ve tried many over the years.  When I landed on this recipe, I was sold. 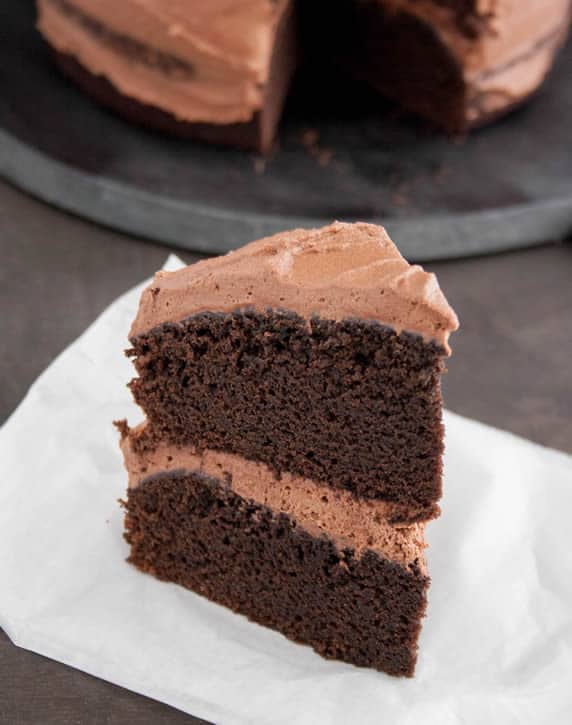 It’s creamy, not too sweet, has a nice mellow chocolate flavor and it pipes well.  It’s not a traditional American Buttercream or any of the other Swiss, Italian or French varieties.

This frosting has a thickened pudding base and is a “friend” of cooked flour based frostings, if you’ve ever tried any of those.

It’s basically the marriage of butter, melted chocolate and a homemade chocolate pudding. The three get whipped up into this lovely light chocolate frosting that’s perfect when you’re looking for an alternative to ganache or other fudge like toppings. 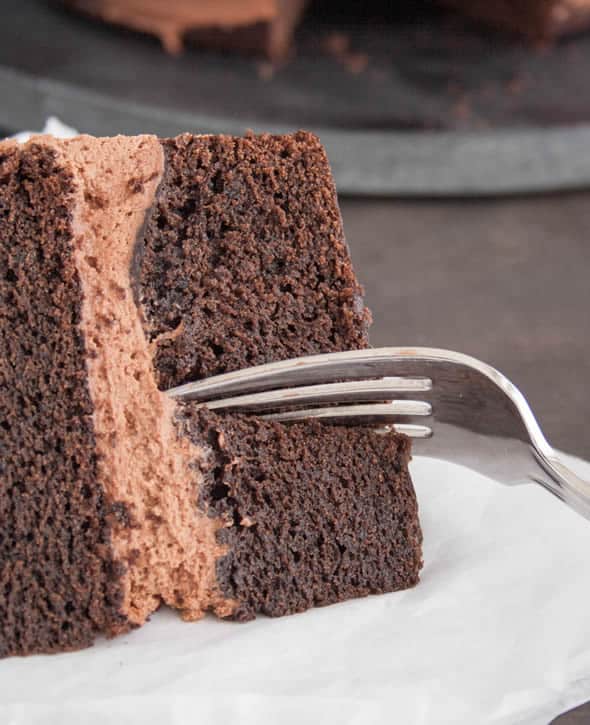 I used Chocolate Stout Cake as the base to show off this recipe. The cake is rich, chocolatey, moist and dense. (In the photo above, the cake is actually holding the fork in place on it’s own.)

It’s a delicious chocolate cake and I fell in love with it the first time I made it as cupcakes for St. Patrick Day. I was happy to have an excuse to make it again.

The cake is sturdy and comes out of the pan beautifully, so I decided to skip frosting the sides.  “Naked cakes” are becoming quite popular (they’re part of the “rustic” trend) and I liked the contrast of color.

But, I couldn’t stop there because naked cakes can also have partially frosted sides, and I had some extra frosting, so I thought I’d I try that as well.

If you use this recipe for a layer cake, as I have, and don’t want to leave the sides naked, double the recipe and you’ll have plenty to fill and frost. 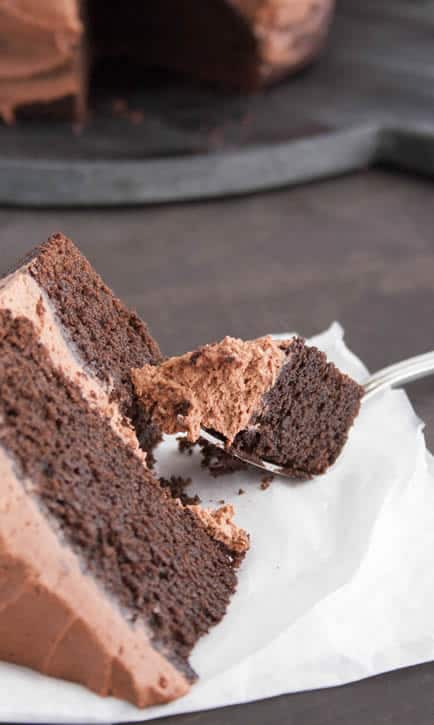 This post is supposed to be all about the frosting.  But I have to be honest, the cake and frosting combo is a win win proposition. So, be a winner.

The chocolate pudding mixture needs time to completely get cool, so plan ahead. I make that part of the frosting recipe first, then work on baking my cake/cupcakes. By the time the cakes are baked and cooled, I'm ready to finish making my frosting.

*This recipe makes enough to frost just the tops of an 8 or 9 inch two layer cake, or about 24 cupcakes.

*Store unused frosting and frosted items in the refrigerator. Allow to come to room temperature before serving for creamiest texture.

*Butter should be slightly soft, but not room temperature. I usually let it get to the point where I can make an indentation if I apply pressure to it, but it still has structure.

*The cake recipe is from Chocolate Stout Cupcakes. I baked that recipe in 2 (8 inch) pans that were sprayed with cooking spray, bottoms lined with parchment, then I lightly sprayed the parchment. Bake at 350 degrees F. for about 40 minutes or until toothpick inserted in center comes out with just a few moist crumbs. Allow to cool in pans for 10 minutes, then remove from pans and finish cooling on racks. If using 9" pans, baking time will be shorter.

This was disappointing. I expected it to be a lot lighter than buttercream but it was only marginally lighter. The flavor was "meh". It did live up to its promise to not be too sweet. I did NOT double the recipe but had plenty left to frost the sides of the cake, not sure why she said this was only enough for the tops. I used 9" cake pans.

Hi DJ, I'm sorry this recipe was disappointing. It is loved by so many. As far as volume, the pictures should show you how thickly I frosted the cake thus the comment on "just the tops." Certainly you could frost the whole cake with a thinner layer of frosting. I'm glad you didn't end up with too much and hope you are able to find a recipe that suits you better.

My Grandaughter Anna has turned into a baking whiz and she is the one who actually found this recipe. She texted it to me to see if I had the ingredients and if we could make it to frost cupcakes for school. Of course I did and we made it this morning. Was the best light and fluffy frosting I have ever eaten! My husband agreed too. She frosted 20 cupcakes with plenty left to frost a nice 6 inch chocolate. You will be very happy if you try this recipe.

Nancy, I love that you're trying out some of my favorite frostings :) I'm so happy that you're loving them as much as we do! A big thanks to your grand daughter for finding my site and sharing my recipes with you. She sounds like a gem!

Can I frost the cake ahead of time and pop in the fridge or will that ruin the texture?

Hi Frieda, I don't think it will "ruin" the texture but you have to think about temperature. It's still a buttercream, so when it's cold, it will be much firmer. I don't know how far in advance you are frosting the cake. If you do refrigerate, just leave it out at room temperature for a good hour or so before serving. The closer to room temp it is (assuming it's not a hot day) the creamier the frosting will be in texture.

Excellent recipe! I normally do not like frosting because I find them too sweet. I tried a new chocolate cake recipe which used my discard (unfed) sourdough. The cake is very good but is one I thought would be enhanced with a frosting if I could find one I liked. This frosting is it! I ended up making this recipe using Hershey's Special Dark Cocoa and leaving out the chocolate chips. I also added a touch of expresso powder. Since cocoa is usually a little lumpy I sifted all the dry ingredients into the sauce pan and then stirred in the milk. This eliminated having to sieve the cooked 'pudding' mixture. Put a layer of wax paper on top of the hot mixture & let it cool. Will definitely make this frosting again.

Catherine, thanks for all the positive feedback and your helpful tips! I'm happy it worked out so well for your cake. I bet it was delish!

Thanks, Mary Ann! I hate a typo and love an extra set of eyes! :)